Why do some bodies get very hot after death? 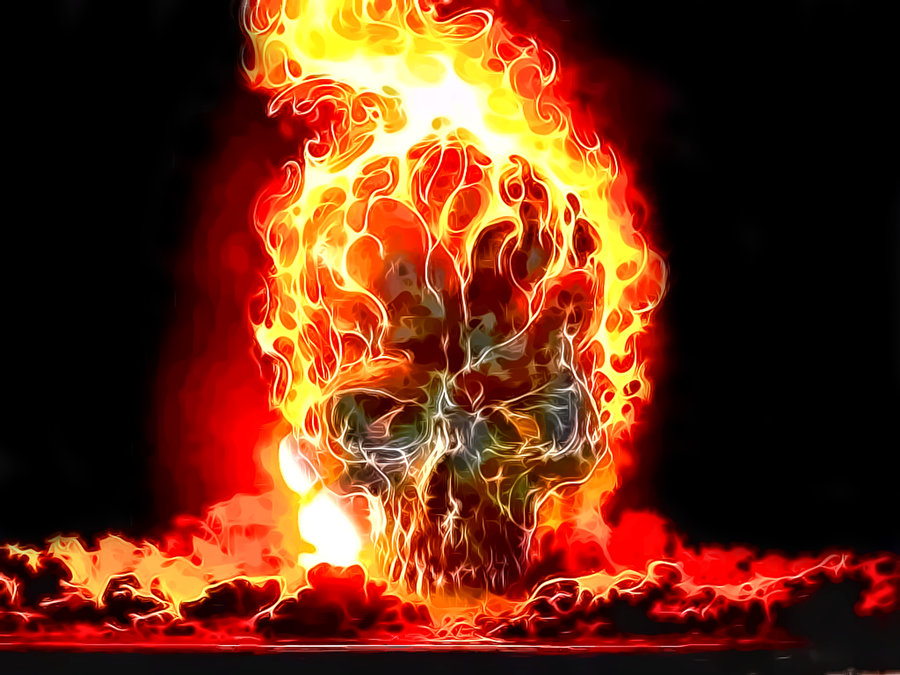 How much more do we not even know about our own body, not to mention the world around us. There is such a phenomenon – posthumous overheating. Until now, he is a great mystery to science. After death, some bodies, instead of cooling, suddenly warm up to very high temperatures. Pathologists around the world have tried to explain the unusual temperature changes.

Here is what is known at the moment …

One morning in a Czech hospital, a 69-year-old man died of heart disease. An hour later, when the nurses were already preparing to transport the body to the autopsy laboratory, they noticed that the skin of the corpse was unusually warm. Calling the doctor to confirm the fact of death (and the man was indeed dead), the sisters decided to measure the temperature. It turned out that 1.5 hours after death, the temperature of the body was 40oC, about five degrees higher than its death temperature, although in the room itself it was much colder.

Fearing the tissue degradation due to overheating, the doctor and sisters tried to cool the body with ice, so that over time it cooled to a completely “cadaverous” temperature. A study of this unusual case is published in the American Journal of Forensic Medicine and Pathology (the link may be temporarily unavailable due to preventive work on the journal’s website), and has nothing to do with the phenomenon of spontaneous combustion of people.

Where does the heat come from?

In a living organism, heat is produced by the fact that it splits food with the release of heat energy. After death, metabolic processes stop, so the body quickly cools. This temperature difference is even used by pathologists and forensic experts in order to determine the exact time of death of the patient. Unfortunately, the relationship between body temperature and the time of death is not always so unambiguous. In 1839, Dr. John Davey recorded unusually high temperatures in the bodies of British soldiers who died in Malta. Some corpses were heated to 46oC, although Davy suggested that a warm climate could have played a role. Nevertheless, posthumous overheating has been documented by many other doctors and forensic scientists.

Peter Noble, a microbiologist from the University of Alabama, who studies the change in microbiomas and gene expression after death, believes that studies of posthumous overheating have not been carried out carefully. Most of the research was not carried out by experts, and therefore a lot of data is simply not documented, and scientific hypotheses can not be built on the basis of such conclusions. The temperature of the body is affected by many factors, including the amount of clothing and the thickness of the fatty layer of the corpse, the temperature of the environment and humidity. Physicians use a number of comparative characteristics to determine the time of death, including muscle stiffness, changes in body color, decay and the population of the corpse by insects.

So what’s the reason for the posthumous heating of the corpses?

Be that as it may, today the posthumous overheating of the body remains a mystery, and its causes, frequency of manifestation and the fact of existence are still blurred and inaccurate. It is not possible to study the phenomenon thoroughly, if only because it arises spontaneously and not always in profile hospitals. Factors that make the body more susceptible after death – cancer, intoxication, brain trauma, asphyxia, heart attacks, etc. – also do not facilitate the task. As for the heating itself, most experts simply talk about “metabolic processes”, without any specificity. In a new study, for example, as a cause, called “prolonged tissue and bacterial metabolism, as well as an insufficient thermal loss.”

Noble believes that the situation when hot blood (for example, as a result of strong physical exertion) abruptly stops due to sudden death, then the heat will indeed persist long enough to cause the body to heat up. An important role is played by drugs that manipulate the blood flow. But the rotting bacteria, according to the pathologist, have no significant effect – the immune system is partially active for another 24 hours after death and dissection, so that bacterial growth during these hours is usually suppressed. Bacteria-symbiotes (for example, intestinal) can still continue to decompose food, causing some heat. The cells of the body do not die at the same time, and for a time they live on internal resources even after the cardiac arrest and brain activity. CO2, which accumulates in the process and, without finding an outlet, begins to destroy the cells themselves, causes autolysis, or self-digestion. And this process can produce a certain amount of heat.

Posthumous overheating is a mysterious and little-studied phenomenon, although well documented. Many factors, if they coincide in time and place of action, can cause partial heating of the body after death, but modern science can not give an exact explanation. Perhaps, if someday doctors will be able to simulate a similar situation and cause it artificially, under laboratory conditions, they will be able to give a clear conclusion. Until then, we can only build hypotheses. 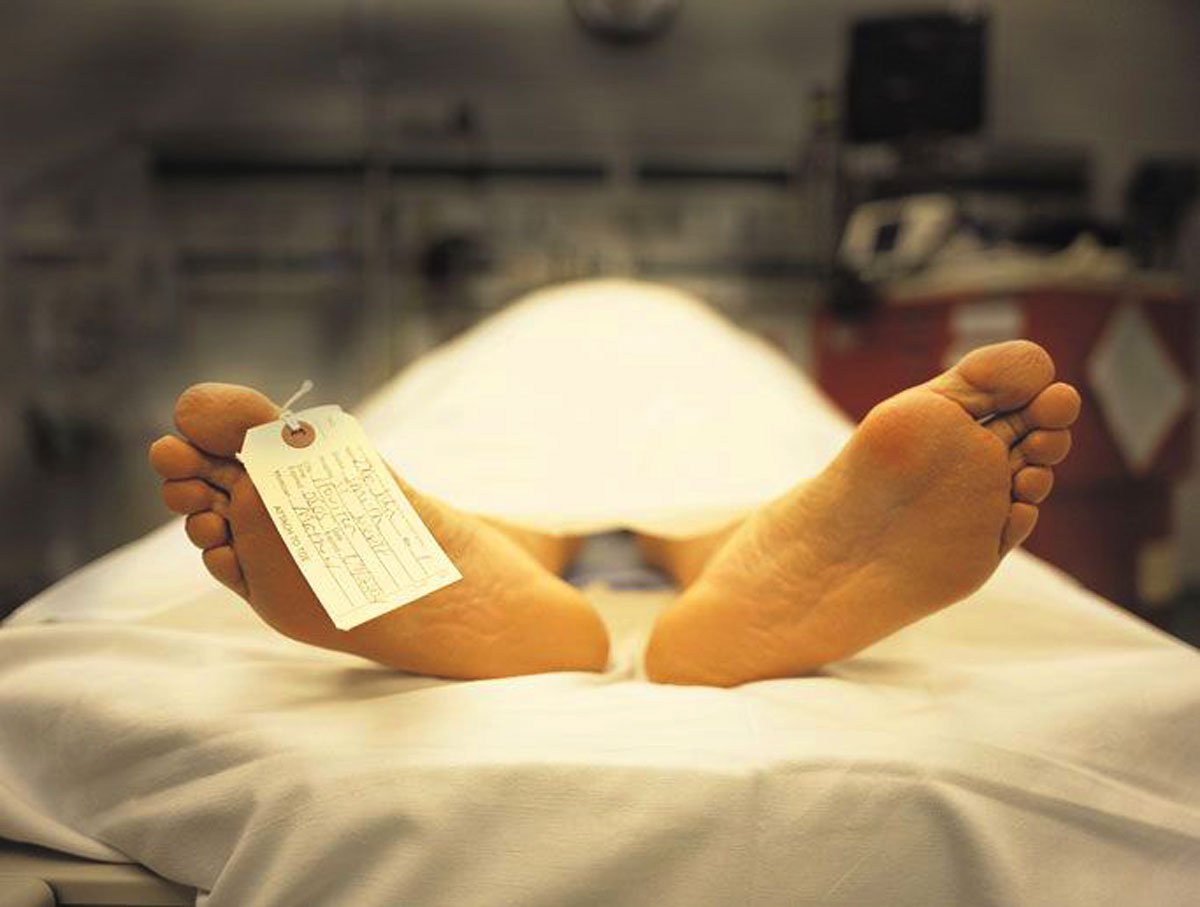 One of the hypotheses suggested by American pathologists explained the phenomenon of posthumous hyperthermia, which is often observed in the first one and a half hours after cardiac arrest.

Dr. Victor Wiied emphasizes that posthumous hyperthermia has nothing to do with spontaneous combustion. Pathologists claim that the temperature of 60% of bodies can rise to 40 degrees in the first hour after death. In general, scientists consider this phenomenon to be little-studied, but already have a scientific hypothesis about the cause and course of the phenomenal process. Every student at the medical faculty knows that the human body produces heat through the splitting of food consumed. At the moment of death, the activity of physiological functions stops and the body loses its temperature. In forensic examination, the rate of cooling of the body helps determine the time of death. However, this figure in 60% of cases can not be taken into account. Microbiologist Peter Noble listed more than a dozen factors affecting the rate of rigor mortis. Scientists have determined that intestinal bacteria continue to process food even after the death of a person, which causes the generation of a significant amount of heat. Often, it is gastric, intestinal bacteria and the presence of food in the gastrointestinal tract that cause the temperature of the dead body to rise to 40 degrees.