Why do some lightning strikes space? 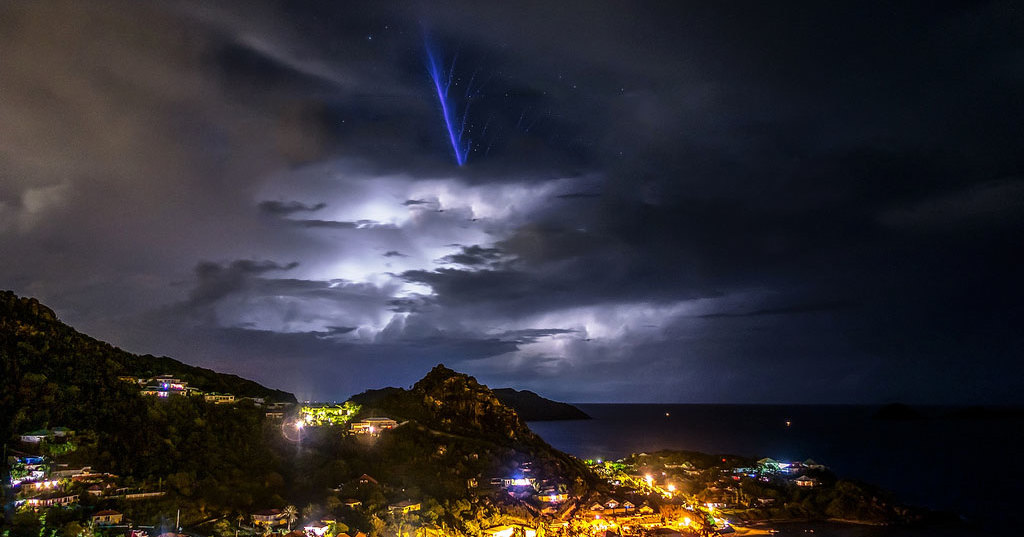 Usually lightning strikes from heaven to Earth, but sometimes there are those that release the electric discharge toward the cosmos.

Everyone loves a thunderstorm: it pours rain, thunder roars, lightnings flash … We are all used to the fact that lightning strikes from above downwards, from thunderclouds to the Earth. But this is not always the case. In 2001, researchers scanning the sky with a special camera at the Arecibo Observatory in Puerto Rico noticed a strange phenomenon: lightning escaped from the cloud and rushed straight to … space.

A similar trajectory of motion greatly puzzled scientists. Electric discharges are formed in the sky, when during the formation of thunderstorms a negative electric charge accumulates at the bottom of the cloud. When the amount of accumulated energy exceeds a certain threshold – the lightning is released and moves towards the Earth. Most often, however, the electrons remain in the cloud and move to its apex; There they meet positively charged particles and interact with them. But what then is the nature of the anomaly?

The mechanism for the formation and propagation of lightning has so far been poorly studied, but scientists have several established theories. In their opinion, sometimes strong gusts push the positively charged particles out of the air, allowing the negative charge to break free. After that, there is a “reverse lightning”, which is called a giant jet (jets are a special group of cone-shaped lightning). Its height can reach the lower boundary of the ionosphere – and this is from 40 to 70 km.

Climatologists often observe giant jets in the tropics, perhaps because of the frequent and strong gusts of wind in this region. To remove such a lightning on the camera of an ordinary smartphone is possible only with great luck: the discharge keeps in the air only 1-2 seconds.