Why do we think ugly creatures are cute? 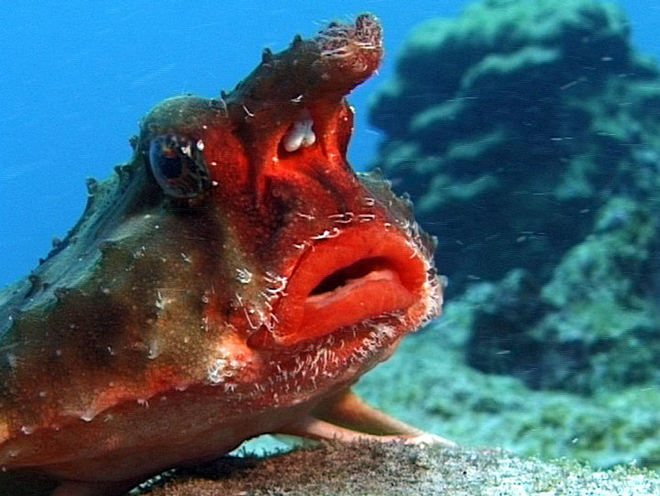 Is the frogfish dear, like a kitten? Some will say “yes”, but only – ugly-sweet. What makes people perceive strange and frightening creatures as cute? Why do we look with affection on a jumping spider or a Madagascar knuckle?

It turns out for the same reasons as for kittens, puppies or rabbits: large eyes, large heads and soft bodies. These qualities, peculiar to kids, cause in adults the instinct to protect and protect, experts say. The Austrian ethologist Konrad Lorenz described this behavior as a “baby scheme”.

To cute ugly people you can include sloths, tarsiers, fish-drop, desert rain frogs and spiders-hoppers. “The childish features of these animals make us think that they need our friendly communication and care, causing a rush of warm emotions,” explains Professor Joshua Dale of the Tokyo University of Liberal Arts and co-editor of the project “Aesthetics and Beauty Affects.”

In Japan, a country of huge anime-eyes and Hello Kitty, cute freaks have their own name – kimo-kawaii. Approximately it can be translated as “eerily-pretty,” says Hiroshi Nittono, director of the Laboratory of Cognitive Psychophysiology at the University of Osaka.

For example, the Japanese are very fond of giant isopods – crustaceans, like big cockroaches. In the toy stores there are even copies of them, which are in demand. Book illustrations of kimo-kawaii depict meerkats, fish-drop and ascidians.

According to Nittono, the essence of the concept is that the animal may seem unpleasant at first, but then the observer will find it interesting, will want to come up and consider it. The scientist also discovered that our baby-obsession has an advantage: attention to detail.

In a recent study under the guidance of Nitton, students from the university played in children’s designers. After viewing images of puppies and kittens, they improved their fine motor skills, but when they saw pictures of adult cats and dogs, there was no change in their work.

The phenomenon of cute ugliness resembles the psychologist Oriana Aragon from the University of Clemson, the aesthetics of horror films and other genres of pop culture, where “the worse, the better.” Most will say that a scary creature is a “playful way” of embracing something beyond the norm, Aragon believes. For example, the Madagascar auk-ay, the night primate with curves like a skeleton with fingers, but expressive eyes.

Nitton agrees, assuming that people who see such an eccentric creature can experience a feeling that activates not caring instincts, but rather emotions of joy and frivolity. “In short, it’s just ridiculous,” concludes the psychologist.