Why do wild animals have pets? 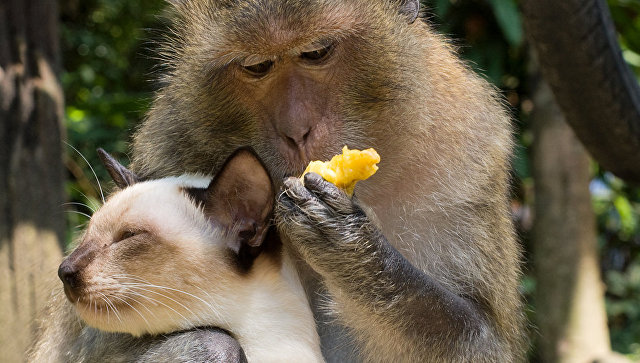 Ants milk the aphids, spiders protect frogs from predators, owls use snakes as a vacuum cleaner, and monkeys pick up abandoned kittens. Scientists compare this behavior to human craving for the domestication of animals. Who and why in the wild starts pets?

Man tamed animals most often for pragmatic purposes. Cows and goats became a source of meat and milk, horses – vehicles, dogs guarded the dwelling and herds, helped to hunt. As for the cat, there is no consensus: they may have been taken into the house to catch mice, but pure altruism is also possible. It turns out that not only people are engaged in taming. Some animals also bring in pets from unrelated species.
Ant cowsheds

Ants are known for their economy. According to some reports, in anthills there can be up to a thousand “guest” species of living organisms, which bring to the owners some or other benefit. In science for them, even there is a special term – “myrmecophiles”, that is, “loving ants.”

The most common myrmecophiles are leaf aphids and mealybugs. For ants, this is a sort of milking cow. Aphid feeds on plant juice, and as a waste, it releases sugar – sweet droplets called honey dew. This is an important source of energy for ants, so they plant entire colonies of aphids, provide them with food, transfer from plant to plant, and protect them from natural enemies – ladybirds and flies. The aphids hibernate in a warm anthill, and behind its eggs the ants take care, as well as for their own. 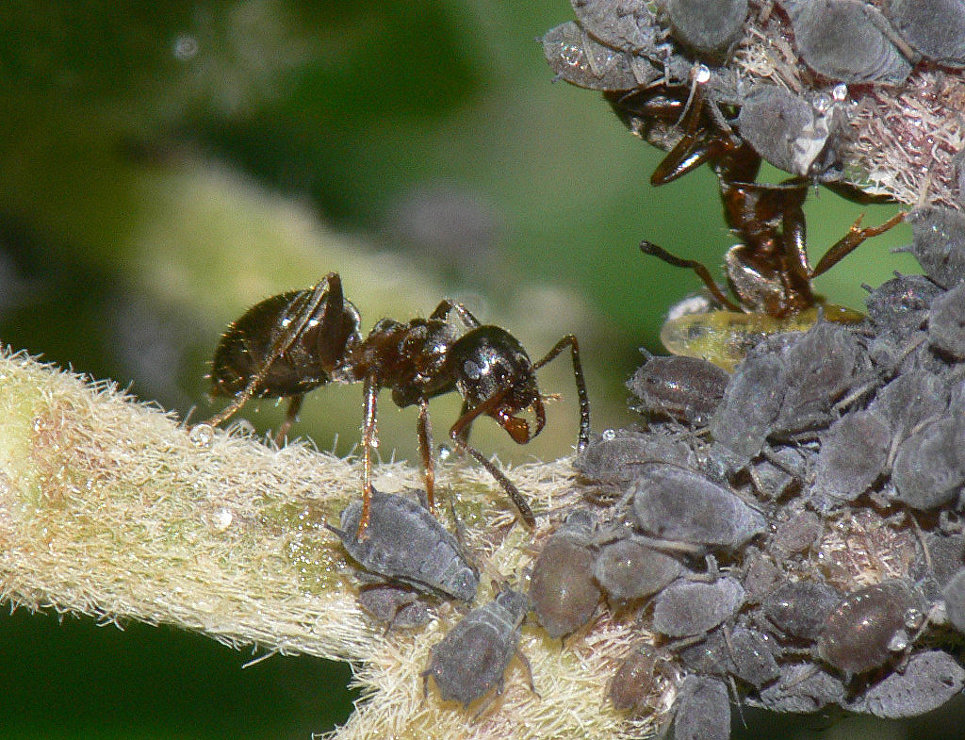 Ants breed whole colonies of aphids, provide them with food and protect them from natural enemies – ladybirds and flies

The wild bees of the genus Schwarzula, living in Brazil, Bolivia, Peru and Ecuador, receive not only nourishing sugars, like ants, but also wax for the construction of nests from their “domesticated” insects of fake snails (of the Cryptostigma species).

The dummies live in the bees’ nests, providing the owners with honey dew (bees transform it into honey) and wax, which stands out from the glands on the back of the insects. “Pets” give so much wax that the bezzhalnymi bees do not need to produce it themselves. Excess wax is stored in the fissures of trees, from where other types of bees sometimes steal it.

In each nest, there are about two hundred false-shovels. Bees protect them from predators and provide food. 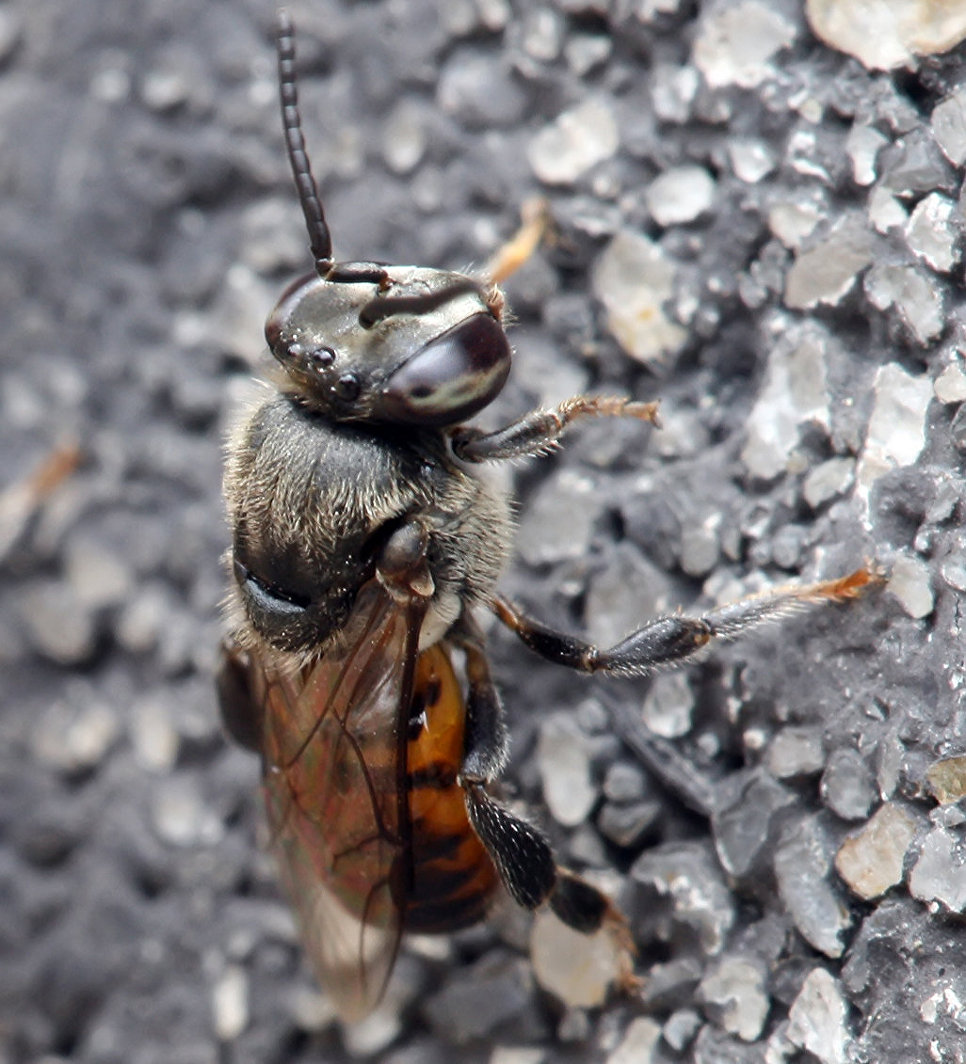 It is interesting that tarantulas simply eat an amphibian, which is several times more than a frog, but do not touch its amphibious pet. The frog skin emits a special chemical signal, which the spiders recognize.

North American scoops use a narrow-snake in the household. Small, no more than thirty centimeters long, similar to an earthworm, it lives in the soil and under rocks, feeds on small insects. Owls specially catch them, transfer them to their nests and use them as a vacuum cleaner.

The basis of the diet of birds – mice and large beetles. Obtained on the hunt for chicks, the food is very attractive to ants and flies. The snake that lives in the nest feeds on insects that creep in and fly to the smell of prey, and the remainder of them are sucked by pieces of food. As a result, the owl house is cozy and clean. 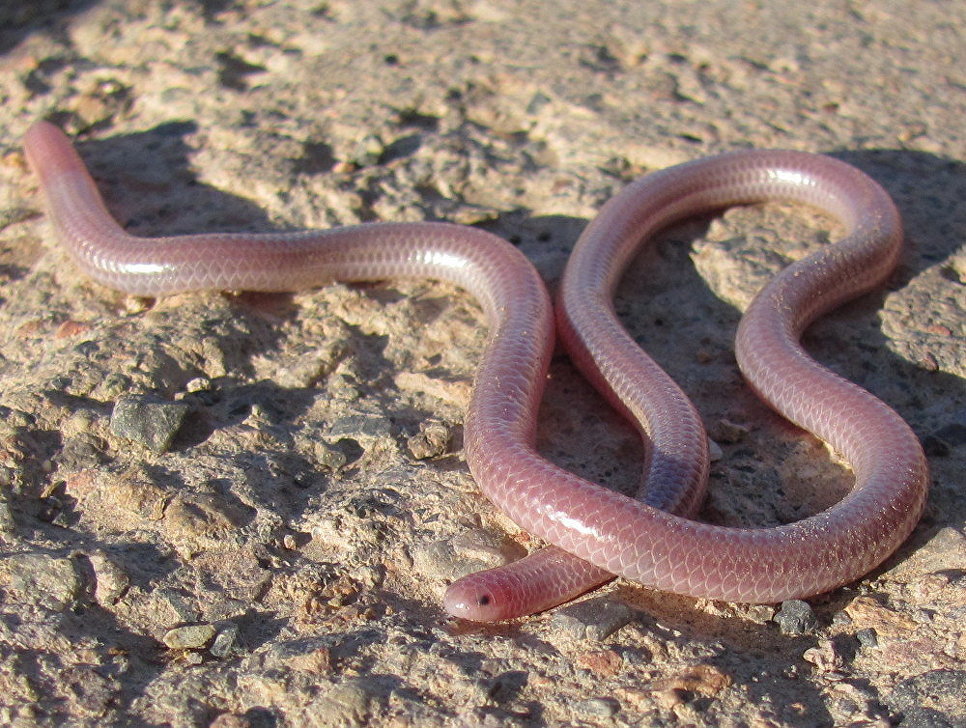 Similar to the earthworm, the narrow-snake lives in the ground and under rocks and feeds on small insects

To tame another animal for the sake of taking care of it, probably, only primates are capable. The first precedent of this kind was observed at the San Francisco Zoo in 1984, when the gorilla Koko took up kittens for upbringing. In the Florida zoo, the orangutan female Tonda took long care of a cat named Ty Kay.

Monkeys living in the wild, select abandoned kittens or cubs of other animals. There are cases when chimpanzees have adopted kitten genes (a predatory mammal of the viverworld family), fed and protected them from predators, and the capuchins took care of the baby gambling monkeys of a different species.

It is interesting that some animals themselves are looking for a society of primates and are stuffed into them as companions. In Ethiopia, the Abyssinian wolves prefer to live among the Gelad (primates of the monkey family), because it is easier to catch rodents in the monkey stock, the main prey of the wolf. In addition to communication, gels do not benefit from wolves. Scientists believe that the friendship of wolves and monkeys can shed light on the domestication of human dogs – perhaps, the initiative did not come from people.