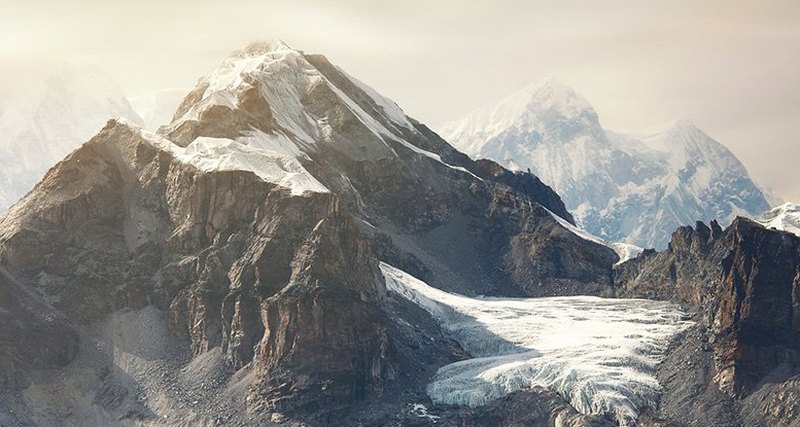 For a long time, researchers could not understand how paradoxical melting of glaciers arises on mountain tops at subzero temperatures. And only recently, high-altitude meteorological stations have prompted a clue to this strange phenomenon.

Those who have happened to conquer the mountain peaks know how cruel the sun can be at high altitude. It not only leaves sunburns on the body, but also contributes to the melting of glaciers even at low temperatures – the principle of such an effect was not completely understood by scientists.

All five stations collect data on air temperature, pressure, relative humidity and wind speed. Each station, except the highest, is equipped with a network radiometer, a device for measuring incoming and outgoing radiation, and rain and weather sensors are also installed at the lower stations.

According to Tom Matthews, a climatologist at Loughborough University in the UK, Himalayan peaks literally bathe in the rays of the sun. All because the atmosphere there is extremely discharged, and therefore almost does not extinguish the radiation fluxes. This provokes a paradox that is familiar to all conquerors of Everest: while the air temperature is noticeably lower, climbers experience a feeling of overheating – I want to take off my jacket.

In some cases, says Matthews, solar radiation levels equal to or greater than the solar constant, that is, the amount of sunlight in the farthest reaches of the earth’s atmosphere, are recorded at the stations. Researchers believe that this is facilitated by snow and ice, which perfectly reflect light. “In fact, the top of the mountain is akin to a microwave,” the scientist jokes.

The study has not yet been published in a peer-reviewed journal, but climatologists believe that it is the excess of solar radiation that explains the melting of glaciers at high altitude. By extrapolating this to the entire highlands of Asia, scientists come to the conclusion that “on the tops of the mountains there can be thousands of square kilometers of melting ice, which we don’t even suspect.”