Why does not the snake on the wires get an electric shock? 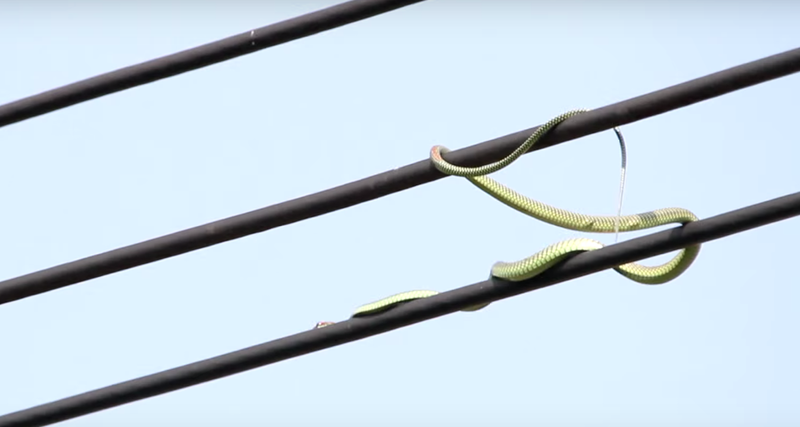 A resident of Malaysia filmed this video, leaving the house in the morning. The snake chases the birds by wires, deftly balancing something on one, then immediately on two cables. Attention, the question: why does the snake do not shock?

Why do birds that are sitting on high-voltage wires do not shock? It’s simple: between places where the bird touches the wire, there is almost no difference in potentials. Sitting on the wire, the bird acquires the potential of the wire – and only; The current from the body of a bird surrounded by air has nowhere to flow except back into the wire. The potential difference between the paws depends on the distance between the paws; since it is small, the current passing through the bird to the bird is quite weak.

And that’s why the snake does not beat the current, which chases the bird through the wires? First, the snake is long, and there is a potential difference between the head and the tip of the tail at the points of contact. Secondly, sometimes a snake rests on two wires at once – and this would kill both the bird and the person. According to the laws of physics, such a pursuit of yellow birds very quickly must end with a fried snake. But it was not there!