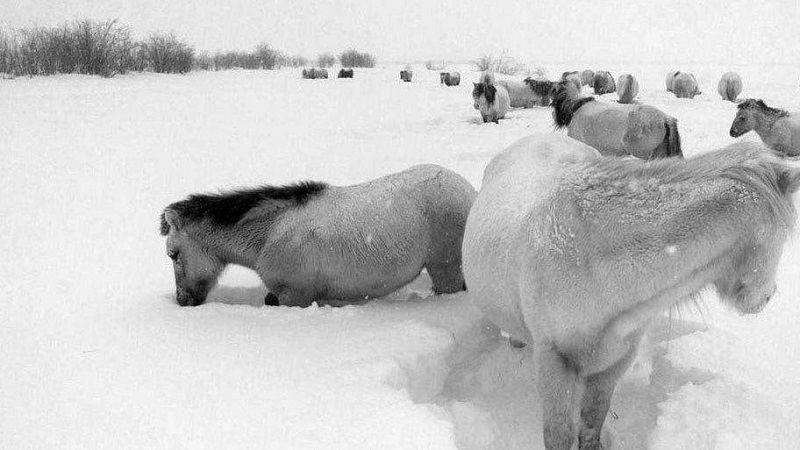 This week in Russia there was this winter blitzkrieg − for only several days the zone of snow cover promoted on the southwest directly on 2000 km. As a result snowdrifts covered the territory, comparable on the area with the European Union − more than 4 mln sq.km. And in general now weather processes on East European Plain almost for a month advance climate. The border of snow left to coast of Baltic, to lower reaches of Volga and Don. Usually it occurs only in the first decade of December.

Someone will be surprised − as such snow collapses are possible during an era of global warming? But there is nothing strange. It is considered to be that “the kitchen of weather” of Eurasia − is the cyclonic depression which is constantly located over Iceland. It not absolutely so. This whirlwind in itself can’t make much. To the south, near the Azores, the stationary anti-cyclone is located. And here common efforts they also create the powerful flow of heat warming the Old World in the winter. And, the more pressure difference in this zone, the more intensively transfer of air masses from Atlantic. Because of an overheat in the Arctic the Icelandic depression weakens, contrasts of pressure decrease, respectively, less heat gets deep into the continent.

At least snow got also to an Asian part of Russia. Especially to the South of Siberia. But Yakutia became the indisputable leader in snowfalls this week. In the Arctic districts of such abundance of snow didn’t see 30 years. Swept up houses almost on the roof, people couldn’t open a door. Horses choked in snow, hardly making the way through snowdrifts. Swept up pastures, animals lost access to food. There was a threat of a mass murrain. Therefore additional inventories of a forage were sent to affected areas.

The most phenomenal record happened in the Yakut settlement of Chokurdah − here already snowdrifts almost in human growth, in 1,5 meters grew. It is 3,5 times more than a regulation of the most snow month of April, not to mention November. As a result, height of snow cover exceeded not only the extremum fixed at the end of last fall but also the absolute record of all cold half-year which happened in April, 2016.