Why earthquakes can not be predicted? 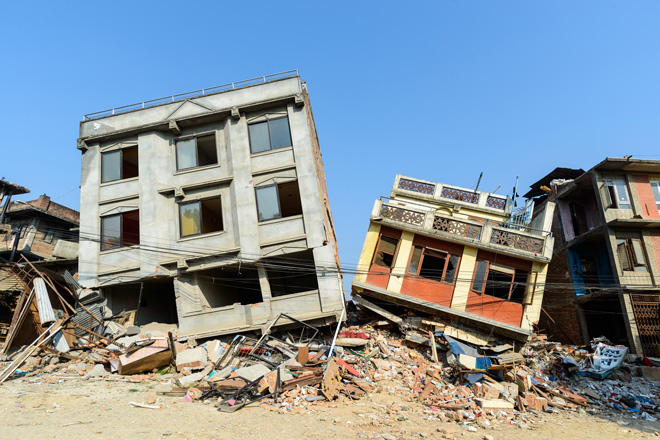 The earth seems to us a symbol of strength, but suddenly it can begin to move under our feet, like a thin crust on the surface of the liquid. One second – and we are not completely sure about the stability of the world around us.

Earthquakes can vary in magnitude, power at the epicenter and last from a few seconds to a few minutes, but there is still no reliable way to predict what will be the tremor and when will happen.

Studies have shown that earthquakes occur according to a characteristic pattern. After the beginning of the first tremors, their intensity increases, reaching its peak, and then everything ceases. Large and small earthquakes start alike, but it is not known when the maximum magnitude will be reached.

The earthquake occurs as a result of a sudden rupture of rocks at a depth of several kilometers under the influence of forces that are deeper inside the planet. It is difficult to accurately determine how the rocks behave under increased pressure and temperature conditions. Experiments in the laboratory are limited to relatively small samples, and drilling in fracture zones is a complex and very expensive procedure.

To predict an earthquake, clear prior signals are needed. Previously, seismologists have noted before earthquakes some changes in the environment, such as increased radon concentration, changes in electromagnetic activity, foreshocks, measurable soil deformations, geochemical changes in groundwater and even unusual animal behavior.

Some earthquakes were preceded by changes in the water table. As the tectonic tension increases, the rocks may form microcracks that affect their water permeability. In addition, groundwater hydrochemistry may change, because the rocks are crushed due to accumulating stress, facilitating the penetration of chemicals into groundwater or changing the flow of a subterranean stream.

Radon is a gas formed by the radioactive decay of elements present in certain minerals. In the past, fluctuations in its concentrations before the beginning of the earthquake were used to predict them. But it remains unclear how these phenomena are related. It is possible that microcracks occurring in the rocks before the main fault change the permeability of the underground layers, and the gas exits to the surface. In 2009, this way it was possible to predict an earthquake in the Italian L’Aquila, but most scientists remain skeptical of this method. A high concentration of radon can be caused by landslides, crushing rocks or chemical reactions in groundwater.

Some crystals and rocks, being under high pressure, begin to emit electromagnetic energy. By measuring the electromagnetic field of the region, it is theoretically possible to calculate the accumulated deformations of the soil. Before the breakpoint is reached, scientists can give a warning about an impending earthquake. A similar approach is used to measure foreshocks. Increasing the number of smaller foreshocks over time can mean that the ground is ready for the main shaking.

Since ancient times, stories about the unusual behavior of animals before the earthquake are known. Modern research allows such an opportunity, but in general it remains an unreliable method for any accurate forecasts.

Unfortunately, all the signals studied are chaotic. In some cases, the earthquake was preceded by one or more changes. In many other cases, no special signal was observed, despite the catastrophic earthquake that occurred after. At the moment, scientists can not even say with certainty whether these banners do exist at all.