Why elephants and whales never get cancer 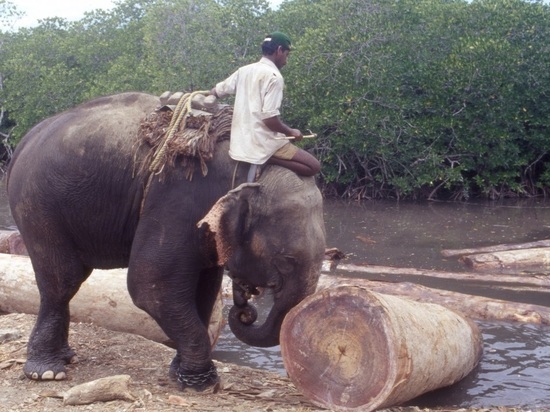 Cancer is caused by gene mutations that accumulate in cells over time. However, long-lived animals, whales or elephants, almost never get sick. Scientists call this phenomenon the Peto paradox.

Humans and many other animals have the p53 gene, which helps repair DNA damaged during replication. But elephants have 20 copies of this gene. And each has two alleles (options). That is, a total of 40 compared to a person who has only one option.

A new study in molecular biology and evolution shows that this trait is what makes elephants successful in fighting cancer.

Robin Fareus, a molecular oncologist at France’s National Institute of Health and Medical Research, believes that this discovery will provide many new opportunities for repairing damaged genomes in humans.

In mammals, p53 plays a critical role in preventing mutated cells from becoming tumors. He either initiates their restoration or destroys them. In more than half of cancer patients in France, this gene was lost due to random mutations.

Sue Haupt, a cell biologist at the Peter McCallum Cancer Center in Australia, who was not involved in the work, called the results exciting.

She was supported by Fox Chase Cancer Center virologist Virginia Pearson. In her opinion, the gene feature of elephants will be an amazing resource for understanding the internal cellular response to DNA damage.

The mechanism that allows whales to avoid cancer is still not understood.