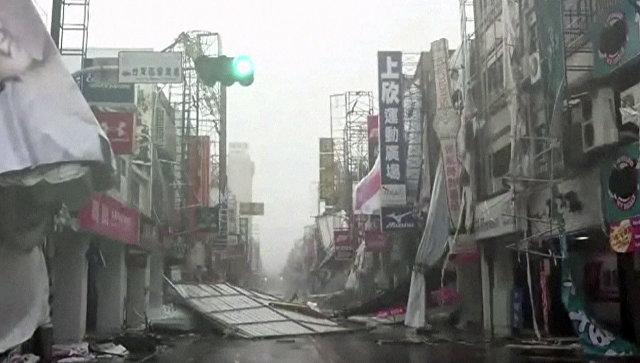 The reason for the increase in the number of hurricanes in the Atlantic and torrential rains in Europe and America in recent years is that global warming increases the efficiency of the “pumping” of heat in the Earth’s atmosphere and its conversion into kinetic energy.

“Our work is a new attempt to explain what we see today in nature. We found that the efficiency of energy transfer in the Earth’s atmosphere in the global sense of the word has notably increased in the last four decades, reacting thus to climate change,” said Limin Li (Li Liming) from the University of Houston (USA).

In recent years, as scholars have noted, significantly increased the frequency of the appearance of the so-called extreme weather events – major storms off the coast of the USA and some countries in East Asia, floods in the continental regions of America and Europe, long periods of drought and heat wave in Russia and Central Asia. All this, as today, scientists associated with global warming, but the mechanism of its action on weather remained unknown.

Lee and his colleagues revealed the possible cause of increased frequency of all these disasters, by studying how rising temperatures affect the so-called Lorenz cycle – the energy cycle in the atmosphere and the associated process of transformation of potential energy into kinetic energy of air masses. For the first time this connection was discovered and described mathematically by the famous American meteorologist Edward Lorenz, the author of “chaos theory” and the inventor of the term “the butterfly effect”.

That this cycle exists, scientists are not in doubt, but according to the authors, nobody has studied how it may change with increasing air temperature by a few degrees. Following this idea, the researchers analyzed data that climate satellites, NASA and the US Department of defense, were collected from 1979 to 2013.

Scholars interested in how different key variables that govern the work of this cycle, affect its behavior. In other words, they tried to determine how the temperature changes up or down the strength of the irradiation of the Earth by the Sun, fluctuations in atmospheric pressure increase or decrease the speed of conversion of heat of air in the movement of air masses and Vice versa.

As shown by the analysis of these datasets, the increase in air temperature and related variables in all cases led to the same result – increase the efficiency of heat exchange and accelerate the conversion of one form of energy into another. In this case, this “increased efficiency”, according to Lee, is a negative thing.

Due to this, the total amount of mechanical energy contained in the Earth’s atmosphere, has always remained the same, but the excess quickly deduced from it in the form of storms, cyclones, anticyclones, and other harmless or unpleasant effects associated with the movement of air masses. All this explains why the number of natural disasters and extreme weather phenomena has increased dramatically in recent years, and suggests that in the future, if global warming accelerates, it will get worse.