Why is Antarctica covered with giant cracks? 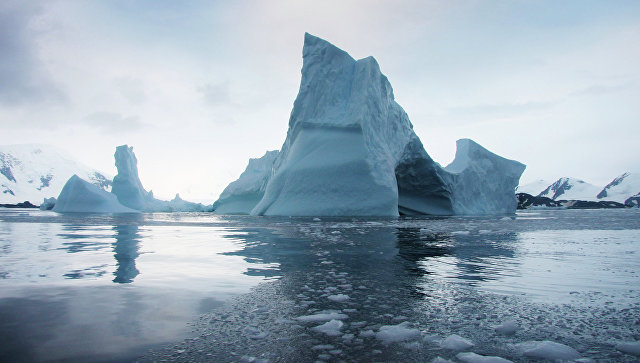 The reason for the rapid melting of glaciers in the Antarctic and the formation of giant cracks in them are powerful warm winds that actually permanently warm the surface of its ice in summer and spring, scientists said at the conference of the European Union of Earth Sciences.

“We knew before that the glaciers of Antarctica often melt during the summer.We have found that the wind-phoenes are blowing already in September, three months before the beginning of summer in the Antarctic, and already at this time the ice begins to melt, That these winds are actually blowing constantly, which will help us evaluate how much they affect the state of the ice sheets, “said Jenny Turton of the British Antarctic Expedition.

The so-called wind-phoenes are most often found in the mountains. They are streams of warm and dry air that move from the tops of the mountains to their foothills, gradually warming up due to the rapid movement down through the narrow valleys. Thanks to the phoneme, the climate in the mountains is often softer than climate scientists expect, but in some cases, the birds cause avalanches, floods and floods, as they accelerate the melting of snow and ice.

Terton and her colleagues found that the foxes are one of the main “conductors” of the climate in Antarctica, having studied how often such winds occur on the territory of the Larsen glacier – one of the most vulnerable parts of the ice sheet of Antarctica. Two large pieces of this ice massif have already split off from the mainland ice and “swam” to the sea in 1995 and 2002.

As scientists have discovered, analyzing data from weather monitoring stations on the Larsen glacier over the past five years, the foxes blow unexpectedly often in the summer and spring seasons. In total, such winds blew on the territory of the Larsen glacier every two of the three days of summer and spring, and they penetrated much further into the continent than scientists had previously assumed.

According to the authors of the study, the phoenes, as well as the lakes and streams from the meltwater that they spawned on the surface of this ice massif, could have caused a number of giant cracks on its surface that triggered the split of the Larsen glacier into three parts at the end of the past and the beginning of the current Century.

How much such winds affect the state of ice in other, less damaged and vulnerable parts of the Antarctic ice sheet, scientists do not yet know, but they suggest that the phoenes can serve as the main mechanisms for the emergence of hundreds of rivers and lakes from meltwater, recently found by probes and aircraft NASA throughout the Antarctic.