Why is the disappearance of Arctic ice important? Scientists explained 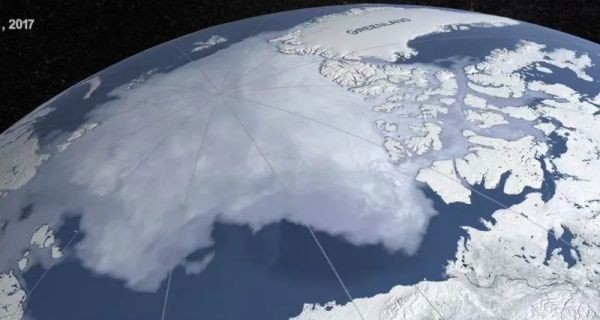 Over the past 10 years, the ice in the Arctic has decreased by 14%. Experts believe that in 2035, the summer in the Arctic could pass without ice at all. However, melting ice and snow in this region does not directly affect sea level. If so, why should we bother? Scientists believe that there is still cause for panic.

Of course, the first question is, where are the polar bears going? For this species, which is already close to extinction, the question of the disappearance of ice is extremely critical. Rapid melting would certainly mean a deep shift in the region’s marine ecosystems, from phytoplankton to whales. However, if you look at it from a human point of view, the danger is not so obvious, but it is.

One of the main problems with ice cap shrinking is the reflective power of the ice that will leave with it. Melting is not only a symptom of global warming, but also its driving force. Freshly fallen snow reflects 80% of the solar radiation force back into space. But when the snow-white surface changes to dark blue, the Earth, on the contrary, absorbs energy and heats up.

In addition to the problem of heating, there is a danger of changing ocean currents. The Earth’s complex climate system includes interconnected ocean currents driven by wind, tides, and thermohaline circulation (the difference in water density due to salinity and temperature). Even small changes in this huge ocean conveyor belt that moves between the poles across all three major oceans can have devastating consequences for the climate.

The rapid influx of fresh water from the Arctic region can greatly affect the thermohaline circulation, which in turn can greatly change the weather conditions in many regions of the world.

These two factors will greatly affect people’s lives. And yet, polar bears will be the first to take the hit. According to a July study in the journal Nature, the current trajectory of climate change and the onset of an ice-free summer will indeed lead to the extinction of polar bears from starvation by the end of the century.