Why it is impossible to protect yourself from cancer 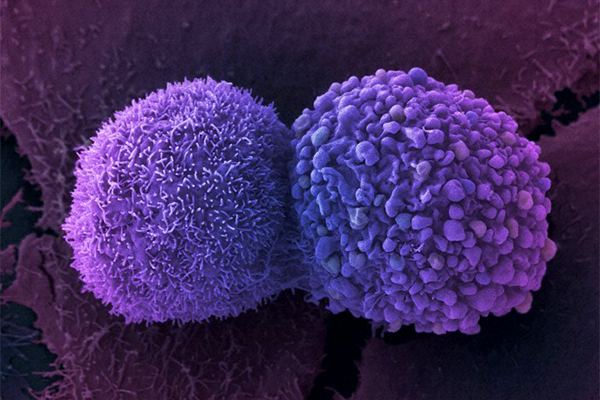 American scientists have found that some types of cancer are almost impossible to prevent. Mutations that cause them, are less dependent on environmental factors and more on errors in copying DNA when dividing stem cells.

Cancer is the result of the gradual accumulation of mutations that promote uncontrolled cell proliferation and the formation of tumors. What causes these mutations? There are factors external and internal. External – it’s smoking, improper nutrition, ultraviolet exposure, sedentary lifestyle. So, the sun’s rays can damage melanocyte DNA, which is why melanoma develops. The influence of external factors can be weakened, and this is what is called primary prevention of cancer. But mutations can be inherited. In addition, they arise because of errors in copying DNA during cell division.

Earlier, scientists from the Johns Hopkins University suggested that errors in copying DNA can cause cancer tumors to occur more often in certain tissues and organs than in others. This hypothesis was based on the fact that in the US, the risk of developing cancer throughout life in certain types of tissues is strongly correlated with the total number of divisions of normal stem cells in these tissues.

Each time a stem cell divides, there are approximately three mutations in the DNA. Naturally, sooner or later the changes will affect the genes associated with cancer. The more often a cell divides, the greater the risk. Scientists can assess the relative risk of malignant tumor formation in various organs. Determining the contribution of each of the three sources of mutations (environment, heredity and division) to the development of cancer is a more difficult task.

In some cancer patients, heredity and division are sufficient for the development of the disease; in others, some mutations are inherited (they can be called H mutations), others are endogenous – originated from DNA copying (R mutations), and the rest are the result of external factors (E Mutation). All this greatly complicates the overall picture, but the researchers nevertheless found a way to evaluate the contribution of all three sources. They reasonably suggested that R mutations are evenly distributed among all people of a given age. At the same time, hereditary factors and environmental factors can vary widely and have different effects on each person. 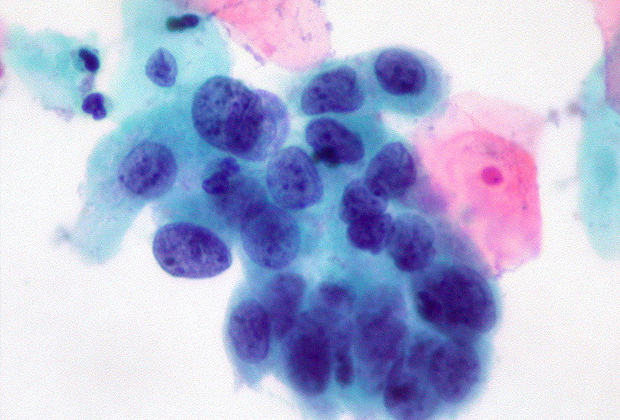 Scientists analyzed cases of cancer in 69 countries, which allowed to cover environmental conditions in which a total of 4.8 billion people live. Data on the diseases were obtained from the archive of the International Agency for Research on Cancer (IARC). It turned out that for all countries there is a clear correlation between the number of stem cell divisions and the risk of cancer. And the more age, the stronger this correlation.

How to determine the contribution to the mutation of each of the three groups of factors? Let’s imagine that all the people of the Earth have corrected hereditary mutations and all humanity was moved to the planet “B” with ideal environmental conditions. Hence, on this planet, E and H are zero, and all mutations are due to errors in copying DNA during the division of stem cells. Unfortunately, R is always greater than zero, since there is no ideal mechanism for copying genes. Although we must not forget that replication errors provide an evolutionary process, and the ultra-precise copying of genes would exclude the existence of man.

Suppose that in the biosphere of planet “B” a powerful mutagen was sprayed, which affected all habitats. All people would be equally likely to be affected by this factor throughout their life. Let’s say a mutagen increases the rate of accumulation of somatic mutations in stem cells, resulting in a 10-fold increase in the likelihood of cancer. In other words, 90 percent of all malignant tumors are caused by the environment, and they can be prevented if you avoid contact with the mutagen.

Suppose that for the emergence of cancer, three driver mutations are sufficient. 10 percent of the diseases thus develop due to the fact that all three mutations are associated with replication errors. The rest are the result of various combinations of E- and R mutations. The share of all driver R mutations in the population of planet “B” will be 40 percent, and this figure can not be reduced in any way.

This theoretical example is not much different from the situation that has developed with lung adenocarcinoma. By 90 percent this kind of cancer can be avoided, if not to contact with tobacco smoke. At the same time, it is not proved that predisposition to adenocarcinoma is inherited. To find out what proportion of the driver R mutations is responsible for this type of cancer, the researchers analyzed the results of epidemiological studies and information on DNA sequences. It turned out that more than a third (35 percent) of mutations associated with cancer are due to copying errors.

Cancer of the pancreatic ducts is preventable only in 37 percent of cases (77 percent of R mutations, 18 percent of E mutations). Most often, somatic driver mutations cause tumors of the head, prostate and bones, and they are almost impossible to prevent by changing the way of life, unlike lung, skin or esophageal cancer. In general, according to experts, 42 percent of all cancers can be avoided by eliminating the influence of the environment.

As a result of the aging population, cancer is emerging as the leading cause of death in the world. Primary prevention, according to experts, is the best way to reduce mortality. However, not all types of malignant tumors can be saved, minimizing the negative impact of external factors. In this case, secondary prevention is necessary, that is, early medical intervention.