Why Mars could be the cradle of life 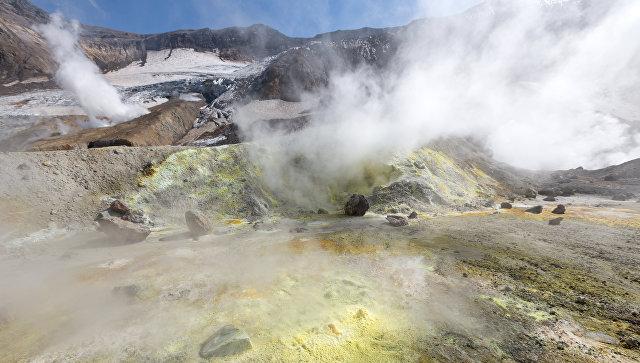 According to one hypothesis, primitive pre-cellular life arose more than four billion years ago on land among volcanoes and fumaroles, which provided all the necessary chemistry for its conservation and nutrition. This could happen both on Earth and on Mars.

A living cell is a very complex organism that unites many elements, mechanisms and processes. As it was formed, it is not known. Some scientists try to synthesize the whole cell, others go from simple to complex, figuring out how its components were formed separately and then evolved over billions of years.

For a long time it was believed that life originated in the oceans, but recently this view has been criticized. Although water is part of the cell, it is harmful to spontaneous synthesis of biomolecules. In addition, there is no evidence that on the surface of the planet more than four billion years ago, when, supposedly, the process of the origin of life started, there were seas and oceans.

Ribonucleic acid molecules, RNA, pretend to be the proto-life. They are able to store information, reproduce, synthesize proteins and perform many different functions independently, which in the modern cell have adopted DNA, enzymes and other biological molecules.

RNA molecules consist of alternating nucleotides linked by oxygen bridges. Scientists have long tried to recreate the links of the polymer chain of this complex molecule, but the breakthrough occurred only in 2009, when British researchers Matthew Powner and John Sutherland published the results of experiments on the synthesis of two RNA nucleotides – cytosine and uracil. They were obtained in laboratory conditions from simple organics and phosphate after irradiation with ultraviolet.

“They synthesized two natural nucleotides in their entirety, it was a huge breakthrough,” says RIA Novosti Armen Mulkidjanian, Doctor of Biology, member of the Moscow State University’s Institute of Physico-Chemical Biology named after MV Lomonosov, an employee of the Physics Department of Osnabruck University (Germany).

The nucleotide consists of a nitrogen base, sugar (ribose), and phosphate groups, with the addition of which energy is stored. How to get a mixture of complex sugars from organic, showed Alexander Butler as much in 1859. A century and a half later, the American chemist Steven Benner found that in order to selectively form ribose in this reaction, molybdenum oxide is needed as a catalyst. In addition, to stabilize the formed sugars, it is necessary to have many borates – salts of boric acid. Benner suggested that such chemical conditions could exist somewhere in the deserts, for example, on the dry elevations of Mars, composed of basalts.

“Indeed, the early Mars and the Earth were very similar, Mars may have had an even more oxidized atmosphere than the ancient Earth, they found deposits of borates, which indicates long-standing geothermal activity.” Half of the territory of Mars is composed of rocks older than four billion years, traces of life makes sense.On the Earth because of plate tectonics, rocks of this age are not preserved, “Mulkidjanian explains. 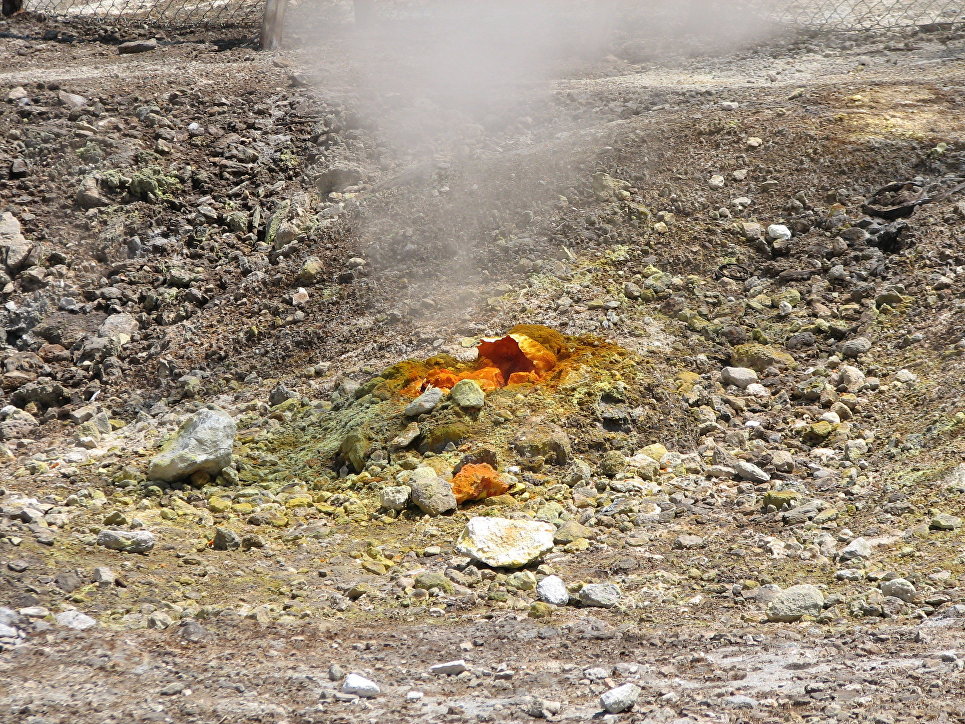 Without light there is no life

Expert on energy cells Armen Mulkidjanian has long been dealing with the problem of the origin of life, which has respected traditions in Soviet and Russian science. Suffice it to say that Academician Oparin Oparin is considered the founding father of this scientific direction throughout the world.

Mulkidjanian and his colleagues suggested that ultraviolet light could become a key factor in the selection of the first biomolecules. The ancient atmosphere did not contain either oxygen or ozone. It preserved those biomolecules that could at first simply be heated by the sun’s rays without decaying. This is evidenced by the fact that all natural nitrogen bases of RNA possess this property. But the hard cosmic radiation living proto-organisms are unlikely to survive, believes the biologist. Hence, their delivery of meteorites from Mars to Earth is out of the question.

Geothermal fields formed around volcanoes are suitable for the origin of life. Instead of water, as in geysers, here from the hot springs steam rises, saturated with all the necessary components. It contains carbon dioxide, hydrogen, ammonia, sulphides, phosphates, molybdenum, borates, potassium – more than sodium. Potassium is also prevalent in the cells of all organisms, because otherwise protein biosynthesis is impossible. As Mulkidjanian showed with colleagues, potassium is necessary for the functioning of the most ancient proteins. They were able to calculate in 2000 bioinformatics Eugene Kunin in the reconstruction of the common ancestor of all cellular organisms – LUCA (Last Universal Cellular Ancestor).

“Zinc sulfides know how to form all bacteria It’s interesting that crystals of zinc sulphide and cadmium sulfide, similar to it, are able to restore carbon dioxide to organic, potentially” edible “molecules under ultraviolet, so the first living organisms could cover themselves with crystals of these minerals in order to protect themselves from ultraviolet radiation and get food, “- explains the scientist.

Zinc is volatile, slowly crystallizes and precipitates, unlike iron and copper, on the periphery of geothermal fields, where it is not hot.

“On the cool periphery of such fields,” rings of life “around hot thermal springs could form,” the researcher concludes.

Geothermal fields exist on the Earth so far – unlike Mars, the depths of which have cooled. Armen Mulkidjanian together with geochemist Andrey Bychkov from the Lomonosov Moscow State University studied the chemical conditions of fumaroles from the Mutnovsky volcano in Kamchatka. Similar conditions are observed in Yellowstone National Park in the USA, on the geothermal fields of Lardarello in Italy and Matsukawa in Japan.

Recently, traces of a geothermal field of 3.5 billion years old have been discovered in the Pilbar region of Australia, where the most ancient traces of living communities have been found on Earth.