Why meteors shine in different flowers? 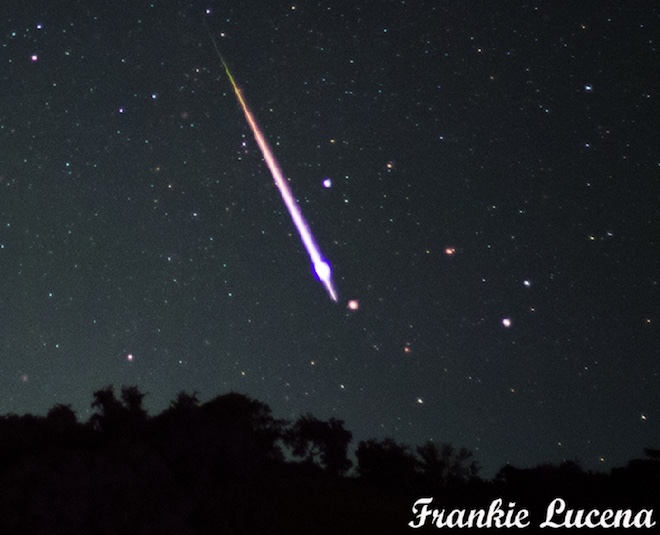 Meteoric rains — one of the brightest astronomical events of year. Those from them in which meteors shine in different flowers are especially beautiful.

Meteoric rains occur several times a year when Earth passes through area of the space debris including particles of asteroids or cometary dust. When this garbage enters the atmosphere of Earth, it burns down, forming light flash. These particles which are burning down in the atmosphere are also called meteors.

Now in the night sky it is possible to see Geminida’s flow. According to forecasts, the maximum quantity of meteors is expected on December 14. 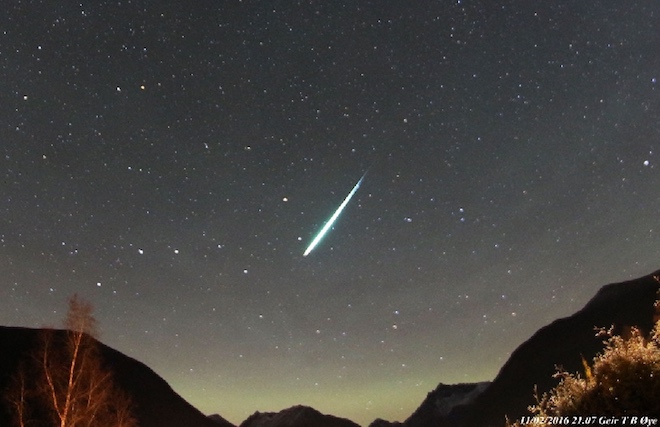 If to look side sight, the meteor can seem the flash of white color similar to a star. But under good conditions for the review or in photos they can appear also in other colors of the rainbow. Color of meteors depends on their chemical composition. Different chemicals radiate various colors at combustion in the atmosphere of Earth. 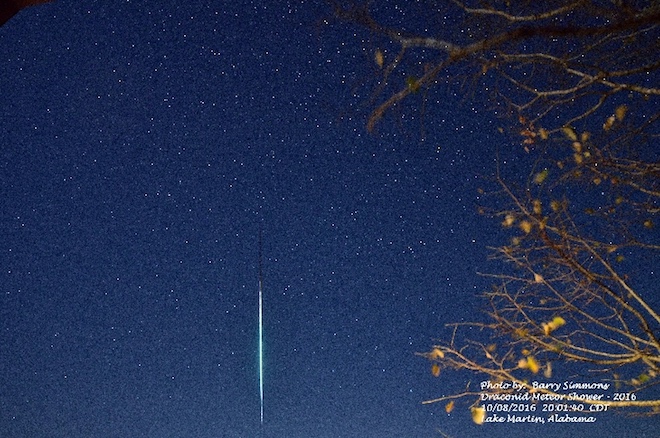 For example, the meteors consisting of calcium will shine purple or violet while in what magnesium prevails will light up green or greenish-blue. Except structure of a meteor, the speed with which he enters the atmosphere can influence his color. The quicker the meteor, the nasyshchenny color moves. Slowly flying meteors usually red or orange and at the same time more dim, than bystry which often have blue color.

Meteor shower of Geminida — one of the brightest and color star rains of year. It is possible to observe him already now, and the peak is expected on December 14. The most widespread colors for this rain — yellow, orange and sometimes green. 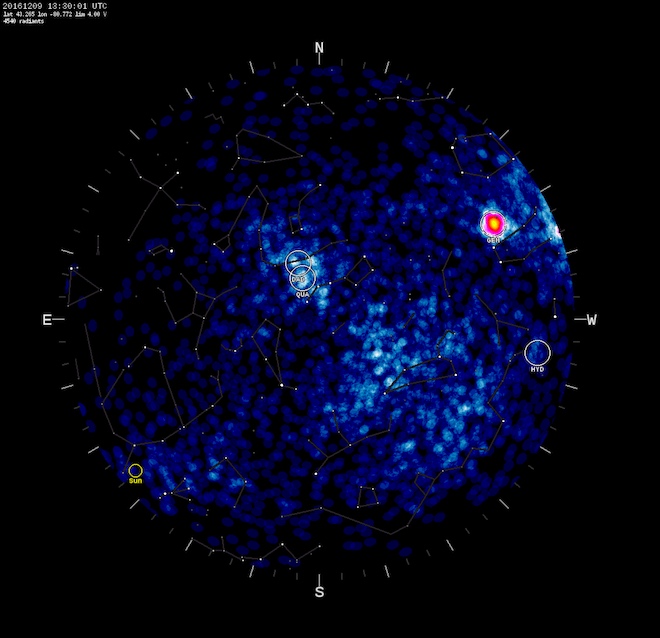 The card of meteors, given for December 9.

Other, not less spectacular meteor shower under Perseida’s name lights up the night sky in the last month of summer.