Why not a single monkey has turned into a human 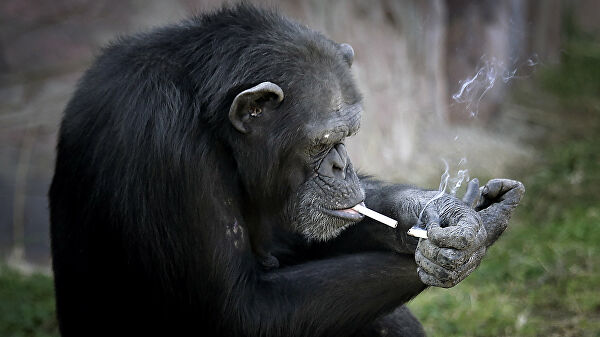 Black-striped capuchins – primates from the chain-tailed monkey family – have been using stone tools for more than three thousand years, moreover, reminiscent of those that people of the Olduvai culture had. Chimpanzees know how to make tools for cracking nuts, catching insects and hunting small mammals. According to scientists, the monkeys inherited this ability from a common ancestor with humans and developed their own technology.

For almost the entire past century, people have been considered the only biological species capable of not only applying, but also manufacturing tools. From this trait important physiological signs of a person were derived: the large brain, the opposing thumb and binocular vision.

British researcher Jane Goodall, who observed chimpanzees in the 1960s in the Gombe Stream National Park in Tanzania, noticed that they pick up branches from the ground, carefully clean them of leaves and small knots, and only then use them to catch termites. From leaves and moss, primates made original sponges capable of absorbing water. They wiped their “hunting tools” with them. In addition, they stoned nuts with stones.

It is these stone “mallets” over four thousand years old that Canadian anthropologists discovered in Cote d’Ivoire (Africa) in 2007. On the stones themselves were the remains of starch found in nuts – the favorite food of chimpanzees. Traces of wear and chips along the edges also confirmed that the stones were used to chop nuts. There were no remains of ancient people near the guns.

According to the authors of the work, this proves that the monkeys themselves figured out how to use the stones. The second likely explanation is chimpanzees and people inherited this skill from a common ancestor. This means that Homo sapiens is not the only species that has figured out how to make a tool out of improvised materials.

The cultural evolution of capuchins

Another proof of the technological development of the monkeys was stone hammers with traces of impacts, anvils and randomly broken pieces of stones discovered by British and Brazilian scientists in the Serra da Capivara National Park (Brazil). Radiocarbon analysis showed that the oldest of them were made at least three thousand years ago.

Outwardly, they look like tools of the Olduvai culture that the ancient hominids used. But the remains of our distant ancestors were not next to the artifacts.

The excavation site itself is well known to primatologists – it is here that the black-striped capuchins still prefer to chop cashew nuts. Moreover, researchers have repeatedly observed how these monkeys hit a stone against a stone, resulting in flakes and broken core. With these stone chips, capuchins crack a solid nut shell. 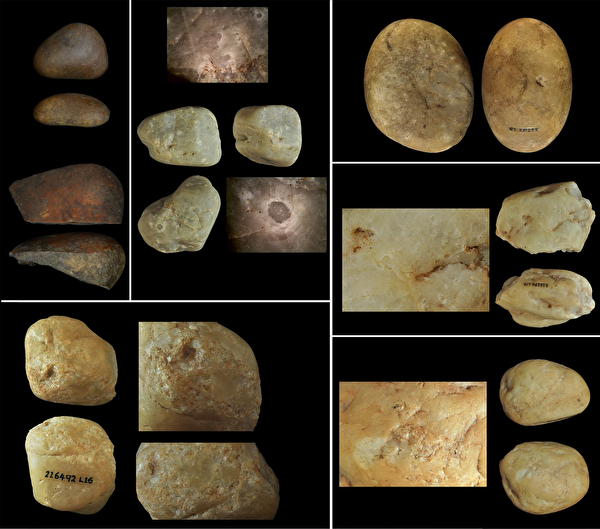 Tools of ancient capuchins found by anthropologists in Brazil

In total, researchers found about a hundred of such ancient chopped wood with a total mass of more than fifty kilograms. They are very different from each other in the manner of manufacture and use.

If three thousand years ago, monkeys made relatively light and small tools (presumably for cutting soft food), then about five hundred years ago they switched to large and heavy stones. Apparently, the food has become more solid and larger. Two hundred years later, capuchins became addicted to cashew nuts, and this immediately affected the nature of the tools – they felt better.

Initially, the Capuchins were content with roughly chipped stones, but over time they improved sharp stone chips. From generation to generation, they were made more and more. According to researchers, in this sense, the “cultural evolution” of monkeys is practically indistinguishable from the technological progress of our immediate ancestors.

Thai crabeater macaques also make tools to smash shells of crustaceans and mollusks with special stones. Moreover, primates pass on these skills from generation to generation.

Despite some technological advances, monkeys never become human. To do this, they do not have enough working memory, the American anthropologist Dwight Reed is sure. According to observations, they can simultaneously manipulate no more than three objects. And those of them who have learned to communicate with people in sign language rarely use phrases consisting of three words and never of four or more.

Most likely, the simultaneous operation of three concepts is the limit of possibilities for modern primates (with the exception of humans). The common ancestor of chimpanzees and humans, who lived about six million years ago, was probably limited by the same framework. Otherwise, we would have to assume that our closest relatives intellectually degraded, but there are no prerequisites in favor of such a hypothesis.

To create something more complicated than the manual choppers used by Homo erectus, you need recursive thinking – the ability to apply new logical operations to the results of previous ones. And this is possible only if the working memory is able to accommodate more than four concepts at a time. In humans, this indicator is seven.

According to Reed, already Homo habilis, making pebble tools with one cutting edge, could operate with four concepts at once. Homo erectus – five, and Neanderthals and the first sapiens – six. The signs of the first “truly human” culture, which appeared about 70 thousand years ago, most likely reflect the spread of genetic mutations, which increased the capacity of working memory to seven concepts and opened up all the possibilities of recursive thinking in front of a person.