Why not confuse human and machine intelligence 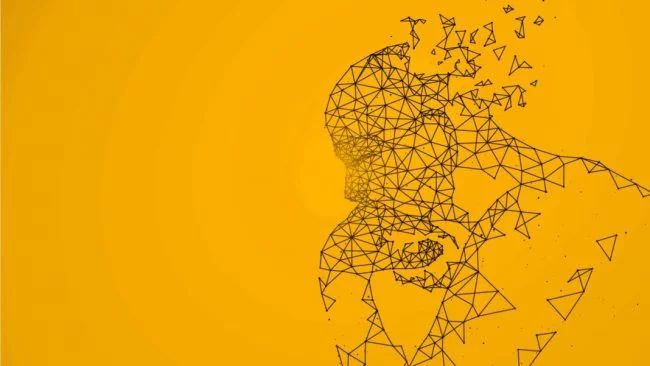 However, that metaphor can be a hindrance for people who are trying to explain machine learning to those who are less familiar with it. One of the biggest risks of combining human and machine intelligence is that we begin to transfer too many rights to machines. But for those of us who work with software, it is important to remember that the intellectual agent remains the person – the person who builds these systems, after all.

The key differences between machine and human intelligence are worth making. Despite the fact that there are similarities, of course, by looking at the differences, we could better understand how artificial intelligence works and how we build and use it in the most efficient way.
Neural networks
Central to the metaphor that links human and machine learning is the concept of a neural network. The biggest difference between the human brain and the artificial neural network is the scale of the neural networks of the brain. What is important is not just the number of neurons in the brain (which amounts to billions), but also an amazing number of connections between them.

That’s why the brain is so complicated. Even the most complex artificial neural network, although it is sometimes difficult to understand, has the underlying architecture and principles that guide it. At least, we would like this, so we are striving for it.

Even the most complex neural networks with artificial intelligence are designed with a specific goal and to achieve a certain result. But the human brain does not have the same degree of focus in its project. Yes, he has the principles of self-preservation and so on, but he still requires of us critical thinking and a creative approach, which cannot be programmed yet.

Perfect simplicity AI
The irony is that artificial intelligence systems are much simpler than the human brain, which allows AI to handle much more computational complexity than we can.

Artificial intelligence neural networks can store much more information and data than the human brain, mainly because of the type of data that is stored and processed by the neural network. They are discrete and specific as the contents of an Excel spreadsheet.

In the human brain, data does not have the same property of discreteness. Therefore, even though an artificial neural network can process specific data, it cannot process information in a rich and multidimensional manner, as the human brain does. This is the key difference between the engineered system and the human brain.

Despite years of research, the human brain remains incomprehensible in many ways. This is due to the fact that analog synaptic connections between neurons are almost impenetrable to digital connections in an artificial neural network.

Speed ​​and scale
Consider what this means in practice. The relative simplicity of AI allows you to complete a complex task very quickly and very well. The human brain simply cannot process data at such a speed if, for example, it translates speech into text or processes a huge set of cancer reports.

For AI in these contexts, it is important that it breaks down data and information into tiny components. For example, he can break sounds into phonetic parts, which will then be translated into full sentences, or break images into pieces in order to understand the rules by which large pictures are formed.

People often do this, and here machine learning is like a human; like algorithms, people break data or information into small pieces to process it.

But there is a reason for this similarity. The breakdown process is developed in each neural network by a human engineer. Moreover, the design process is usually based on a problem, a premise. The way an artificial intelligence system breaks a dataset is its own way of “understanding” it. Even when you run a very complex algorithm, the parameters for how an AI learns — how it breaks up data to process — are set from the beginning.

Human Intelligence: Identifying Problems
Human intelligence should not have such a set of constraints, which is what makes us much more effective in solving problems. It is the ability of people to “create” problems that allows us to solve them perfectly. In our approach to problem solving, there is an element of contextual understanding and decision making.

AI can and could unpack problems or find new ways to solve them, but it cannot identify problems that it is trying to solve.

In recent years, algorithmic insensitivity has become a matter of close attention. More and more scandals are associated with bias of AI systems. Of course, this is directly related to the prejudices of those who make algorithms, but the very reasons for where these algorithms appear in the algorithms can only be determined by people.

Human and machine intelligence should complement each other.
We have to remember that artificial intelligence and machine learning are not just algorithms that “got out of hand” and got out of our control. We create them, design and create we. This imposes on us responsibility for our future – it will be as we ourselves will make it.