Why people should not colonize Mars 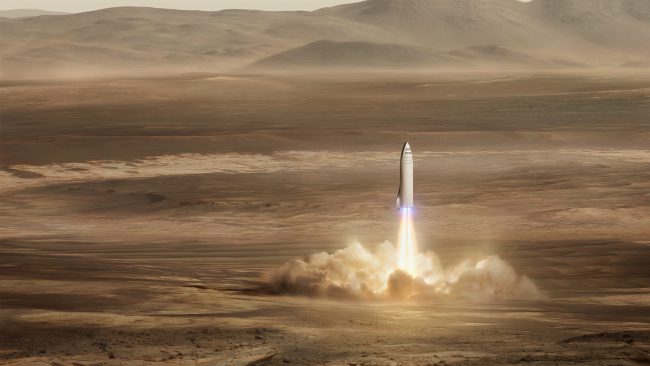 Ilon Mask wants to take people to Mars. Professor Stephen Hawking can not wait to see when we find a new planet that we can call our new home. The NASA aerospace agency is developing an engine that can allow it to happen. But is the construction of a permanent base on the Red Planet really worth and will still cost more than all the efforts and hopes that all so impose?

“Building a colony on Mars is incredibly difficult with a technical and incredibly expensive financial task,” commented Aaron Ridley of the University of Michigan on Futurism.

The scientist is sure that despite the fact that Mars has a huge scientific interest, the construction of a permanent station there will require tremendous efforts, and this despite the fact that the colony on the Red Planet itself will not solve such problems of the Earth as overpopulation.

“We want to go to the Moon and Mars not because of population problems. We want to go there, because we are motivated by the desire for research, “adds Ridley.

Amanda Hendricks, a senior fellow at the US Institute for Planetology, shares Ridley’s view on the permanent settlement on Mars.

“I think it’s really worthwhile to send people to Mars to check out technologies and scientific experiments, but only through one-off visits. I’m not sure that creating a permanent settlement on Mars is an excellent idea. This would be extremely dangerous if we consider the issue at least from the point of view of the long-term impact of cosmic radiation on the human body. ”

One of the main obstacles to the establishment of the human colony on Mars is, of course, the monetary question. The flight to Mars will be a very expensive “pleasure”, while promising methods and technologies that would reduce the cost of this project, on the horizon has not yet been observed.

“I believe that the next logical step for us in the matter of human space exploration will be the return to the moon or one-time flights to Mars. But the desire to stay there for a long time will require enormous financial costs, “commented Hendricks, adding that space tourism is unlikely to be able to serve this problem.

Chris McKay, a planetologist at NASA’s Ames Research Center, believes that the only economically acceptable motivation for establishing a Martian colony will be the desire to establish a permanent state base there, which undoubtedly understates the potential for using it as a tourist base or as an extractive enterprises for the extraction of minerals.

“An analogy here is the Antarctic bases, founded from 1955 to 1990. At that time, all bases located in the Antarctic, according to the Antarctic Treaty, were in fact regarded as closed research. But after about 1990, tourism began to appear here. Now in the Antarctic there are several tourist non-governmental bases that are not engaged in scientific research. ”

Establishing a base on Mars will not make anyone richer, but will only significantly complicate the issue of allocating financial resources aimed at supporting such costly projects. And yet, despite the fact that a full-fledged colony may not be the most sensible solution for the further development of the space program, Mars still contains many secrets, the solution of which, of course, will have a positive development for our science.

Mars is more interesting, but the moon is closer

It is possible that the first permanent space base will be installed on the Moon, not on Mars. However, despite the really possible benefit for humanity from such a project, most still agree with what the Red Planet looks like more interesting goal, even if this goal is much more difficult to achieve.

“I agree that from a scientific point of view, Mars looks more attractive,” Ridley says, adding that he understands that all this fuss around Mars now looks more like an attempt to jump above his head.

“I believe in a gradual problem-solving approach. Therefore, it would be more logical to start with the Moon, and then move to Mars. ”

“Of course, Mars is more interesting than the Moon from the position of science,” McKay agrees.

Explaining his choice, Mackay highlights three main features that the Red Planet possesses and does not possess the Moon: first, in the matter of planetary geological processes and history, Mars is more like the Earth; secondly, there is a possibility that life is still there; and thirdly, the planet has the potential of terraforming.

Probably, if we were ready for this, many, most likely, would agree that the Martian colony could become a priority objective of the current program of space research. Unfortunately, in reality this does not work. There are always tasks that have a higher priority than others. And often without solving these problems it is impossible to move on to the cherished goal.