Why plants did not turn the Earth into ice 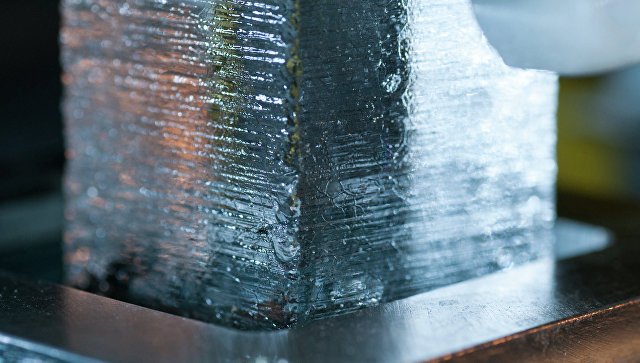 Geologists have discovered an unusual mechanism of “self-control” in plants and microbes, whose existence explains why the Earth has not yet turned into ice because of the absorption of CO2 by algae and trees, according to an article published in the journal Nature Geoscience.

“When we measured CO2 concentrations in ice deposits, we noticed that the level of carbon dioxide in the atmosphere was actually always above 180 ppm in the last 800,000 years.” This surprised us, as it indicates that such a low level of CO2 is very Moreover, there is reason to believe that it has never fallen below this mark in the history of multicellular life on Earth, “says Sara Eggleston of the Autonomous University of Barcelona, ​​Spain.

The Earth’s atmosphere before the appearance of the first plants and microbes almost entirely consisted of nitrogen, carbon dioxide, methane and other greenhouse gases. The oxygen in it began to appear only about 2.2 billion years ago, after the so-called “great oxygen disaster”, when the first photosynthetic microbes began to absorb atmospheric CO2 and saturate it with oxygen.

As a result, the force of the greenhouse effect has weakened, and, as scientists believe today, approximately 850-600 million years ago the Earth turned into a kind of “snowball” – the temperature on the planet decreased so much that its oceans began to freeze to the equator. How exactly the Earth got out of this glaciation, scientists argue until now.

Even more controversy, as Egglestone and her colleague Eric Galbraith say, cause a debate around why something similar did not happen in the next six hundred million years. During this time, the level of CO2 in the atmosphere ranged from very high in the times of dinosaurs, and to very low in the modern era and in the Carboniferous period, and despite all these fluctuations, the Earth as a whole remained ice-free.

Trying to find an answer to this question, Galbraith and Egglestone studied how the concentration of CO2 in the atmosphere changed over the past 800,000 years, analyzing the contents of the ice of Antarctica, formed in the time of retreat and the onset of glacial periods.

These data revealed a surprising trend – it turned out that the level of CO2 never dropped below the mark of 190 parts per million, and that at this point its concentration was not actually affected by changes in the slope of the Earth’s rotation axis, the retreat or ice, the increase or fall of average annual temperatures , Activity of volcanoes and other factors related to inanimate nature and cosmos.

What stabilized the level of CO2 and neutralized all these factors? According to the authors of the article, in the role of such a stabilizer were plants, the growth rate and the efficiency of photosynthesis of which sharply decreases with a decrease in the concentration of CO2 below the mark of 200 parts per million. This is especially characteristic, as experiments in the laboratory have shown, for cyanobacteria, one of the main consumers of carbon dioxide on the planet.

Accordingly, when the level of CO2 falls below the critical value, plants sharply reduce their appetites, which leads to the fact that the concentration of carbon dioxide, due to volcanic gas emissions and the mass decomposition of dead plants, will begin to grow again.

Therefore, we can say that in this case photosynthetic organisms do not provoke the onset of global glaciation, as in the days of the “great oxygen disaster, but on the contrary, they inhibit it.” Such a system of relationships between nature and plants, scientists believe, kept the Earth from becoming ice on the last 600 million years.