Why sea animals are thrown ashore 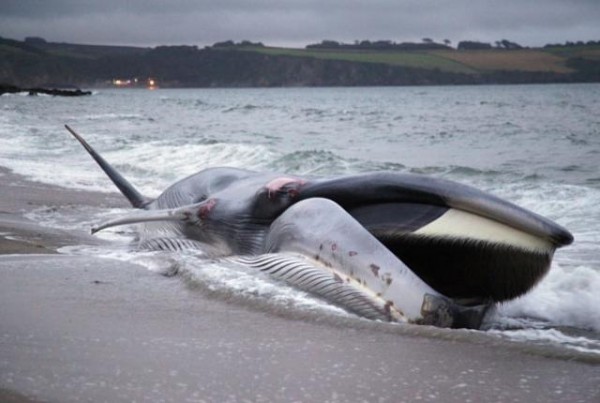 People found marine animals, which are unclear why they were thrown ashore, at least from the first century AD – this is evidenced by ancient Roman and ancient Greek documents. Today marine biologists come to name the reasons for only half of such incidents, and the reasons for these are very different.

It is often a trauma or a disease. An animal that has suffered from a predator attack may feel too weak to stay on the water, at some point it gives up and lets the waves carry themselves ashore.

Much more mysterious are the cases when a whole group of animals is thrown ashore. One of the explanations offered by scientists is that whales and dolphins, who hunt and migrate in small herds, are victims of their own social structure. If the leader or dominant animal is thrown ashore due to illness or injury, the remaining members of the group may follow him. Another version is that the herd swims too close to the shore and does not manage to return at low tide.

In some cases, massive “suicides” of marine animals are carried out shortly after the active use of nearby military sonar. In 2000, on Bogamá, for example, 17 animals of four different species (beaks, toothed whales, dwarf minke whales and spotted dolphins) were found on the shore in 36 hours – on the day of sonar application in these places and the following day.

Studies, which after this event was conducted by the National Oceanic and Atmospheric Administration, showed that the most probable cause was naval echolocation devices. The data of the investigations make it possible to say that the sonars had an effect on the physical state and behavior of marine animals.

It also happens that animals are thrown ashore deliberately – for hunting. Black killer whales, for example, often attack pinnipeds, such as seals or sea lions, in the surf zone or almost on the shore, where their victims change the way they move from swimming to walking and make it rather awkward. While the animal is trying to get out of the water, the killer whale makes a jerk and grabs the prey. After that, she either has to wait for a suitable wave, or try to return to the ocean, wriggling her whole body.

Here is a video testimony of one such hunt: