Why the current animals do not grow to the size of dinosaurs? 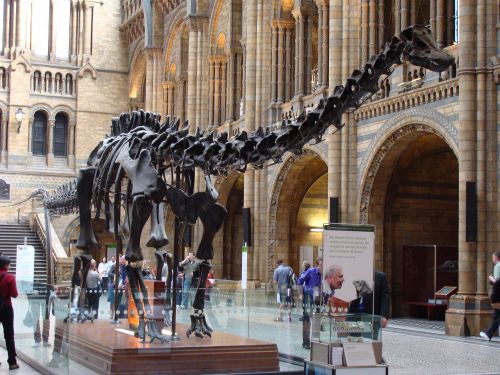 Canadian biologist dick Taylor (Taylor J. M. Dick) and his colleague from Australia, Christopher Clement (Christofer J. Clemente) asked a question about what the laws put a limit to the mass of modern terrestrial animals and why these limitations have not acted in fossil giants.

200-150 million years ago life on Earth looked quite different, as it is now. The most striking difference between Jurassic world and the modern world is, of course, the size of living beings. Diplodocus reached a height of 30 meters in length and was a quarter more than the largest blue whales — the largest animals alive today. Today’s existing types aren’t that huge (for comparison, the largest modern land animal — African elephant — grows “only” 6 meters in height).

To be big, it has its advantages: you eat fewer predators, more available resources to move long distances to spend relatively less energy, the big body is easier to keep warm. But there are drawbacks: the more weight, the greater the force of gravity acting on the skeleton and joints, and the more effort you need to expend to maintain or move the body.

In modern animals we can distinguish several devices to ease the load on the skeleton and make body great without the same functionality. Dick Clement and there are four such devices: (1) changes in the bone structure, (2) thickening of bones and growth of the surface area of the joints, (3) straightening of the body and optimal load distribution and (4) a change in the architecture of muscles. The fifth option — to stay large, but become slower than the related species of smaller size.

Large animals that inhabit the earth today, mostly prefer to straighten the joints and to distribute the load so that a large weight would not hurt to move quickly. Little animals often go on very bent legs, and a large pull up, increasing the angles between the joints: compare, for example, rabbit and giraffe. However, as written, dick Clement, this method has a limitation: it works as long as the animal weighs up to 300 pounds. A little more and stretch becomes longer.

In addition, in some taxa straightening generally unpopular with large types. So, lizards prefer to get out of the situation by changing the muscle structure. So Komodo so big, but agile, though remain very small angles of compounds.

Many animals have learned to take the weight off the bones by changing the attachment of the muscle to the skeleton or by adding to muscle strength.

But which of these strategies fit to the large size and mass of the body was used by the dinosaurs? If we assume that dinosaurs had the same Arsenal as the modern animals, it is possible to calculate the percentage of species that could grow more than the biggest modern elephants. And this calculation does not coincide with paleontological data: abnormally large dinosaurs had a lot more than you might think.

The maximum design weight, which can reach land mammal, without sacrificing mobility, is 120 kg. More than 80% of the known species of dinosaurs weighed much more.

The study’s authors argue that this fact can be explained by two assumptions. Or the conditions and mechanisms of selection have changed greatly since the days of the dinosaurs, or the dinosaurs were others, unknown today ways to reduce the load on the skeleton. The reconstruction of such methods can help to answer the question of why did the dinosaurs go extinct.