Why the Earth is not the best place to live 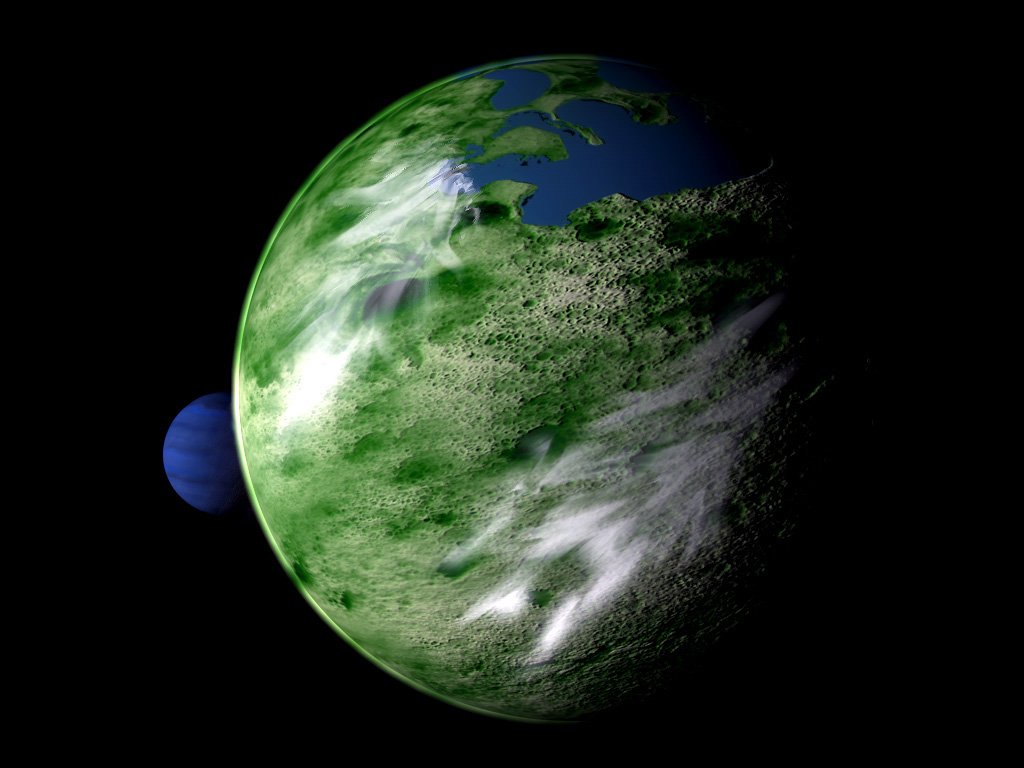 Ask anyone: which planet is the coolest in the universe? Most, of course, will be called Earth. In fact, of all the worlds known to us, this one is the only comfortable one for life and for people. The sun is at an acceptable distance, providing a constant moderate flow of energy. The dense atmosphere retains heat and moisture, and the magnetosphere protects the surface from radiation.

Plate tectonics slowly mixes and renews the lithosphere with new minerals. Vast oceans calm the climate, tilting the axis of rotation of the planet creates seasons, and a massive moon stabilizes this movement. You can list for a long time, reaching up to Jupiter, which is supposed to protect the Earth from frequent impacts of meteorites, “catching” them in a huge number of its mighty gravity. It would seem that what could be better than such an ideal set?

But it all depends on what is considered the best. If we consider the habitability of the planet from the point of view of mankind, adapted to its native Earth, then there will probably be no other candidate. But let’s look at things more broadly and think about whether it is so perfect? Indeed, from the point of view of habitability, as such, our planet is largely a borderline, extreme case, and suitable planets near distant stars can support a much richer and more diverse biosphere than ours.

Life on the border
The key conditions for life (at least in the forms of life that we understand) are heat and moisture. Therefore, the area around the star, where the temperature is quite moderate and allows you to save melted liquid water on the surface of the planet, is called the habitable zone. Its boundaries depend on the size and brightness of the star, and calculations carried out in 2013 showed that for the Sun this region is between 0.99 and 1.7 astronomical units. Recall that 1 AU corresponds to the average radius of the Earth’s orbit, and it turns out that our planet is located at the very inner edge of the habitable zone, far from its optimal center. 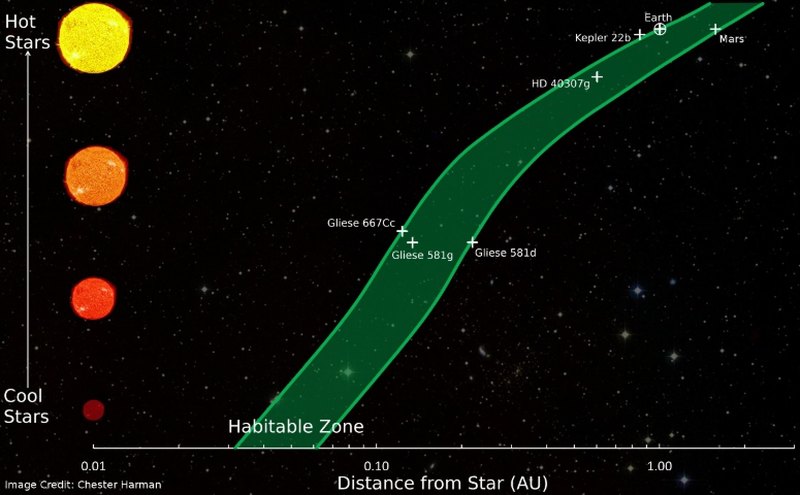 Earth at the edge of the inhabited zone of the Sun

Moreover, the brightness of the sun is gradually increasing. Four billion years ago, when life was born on Earth, it shone almost a third fainter. The planet was outside the habitable zone: there was not enough radiation to melt its oceans. It is assumed that the Earth then received additional heat from volcanic and greenhouse processes. Only with time did the star “accelerate” and “flare up”, making the planet really comfortable. Perhaps that is why life lingered on its simplest forms for so long, and the first multicellular organisms appeared only about a billion years ago.

Complex animals arose “quite recently” during the Cambrian explosion. Over the past 540 million years, the biosphere has become extremely diverse, has mastered land and has gone from primitive mollusks to smart parrots and bureaucracy. It is possible that a better location within the habitable zone would give Earth life a few additional billions of years. Or even a few dozen.

Bigger yes better
Well, or take the dimensions. The Earth is the largest rocky planet in the solar system, and it was this quantity that allowed it to retain internal heat for a long time, so that over time the lithosphere began to stir and plate tectonics started. Neither on Venus, nor on Mars or Mercury. Meanwhile, here the Earth barely “crawled” to suitable boundaries: models predict that plate tectonics should more easily arise on larger rocky planets, weighing up to about two Earth masses. 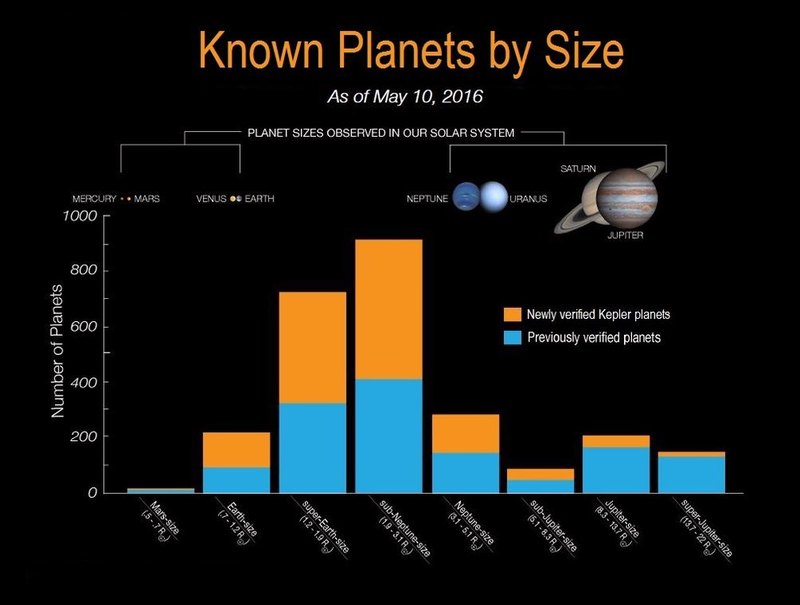 Among the massive exoplanets known to us – with a radius of more than 1.2 Earth radii – there are more than terrestrial planets

On our planet, tectonics was promoted by an excess of water, which mixed with silicate minerals of the lithosphere, changing the temperature of their melting. If the Earth were more massive, this would not have been necessary, and life would have received much more space and various conditions for development. Perhaps the same can be said about climate: the fossil records show that the biosphere became especially diverse during periods when the planet became warmer than usual. It is possible that the optimum temperature for the biosphere should be slightly higher than here. Similarly, the ideal oxygen content should be 30–35% instead of the current 21%.

The astrophysicists Rene Heller and John Armstrong, who in 2014 in an article in the journal Astrobiology, criticized our planet and put forward the concept of “super-inhabited” worlds, argued approximately the same way. However, they began even from the Sun itself, suggesting that life can find optimal conditions in a dimmer and quieter star.

Shoal Stars
Such a star should belong to the spectral class K – orange, not yellow dwarfs, like our Sun (it belongs to class G, but the neighboring Alpha Centravra B is just an orange dwarf). K-stars exist several times longer than G – almost like even fainter red dwarfs, but, in contrast to them, do not show such frequent, unpredictable and powerful flashes as they are. All this creates the basis for extremely long and stable conditions in the orbit of such a star.

Of course, class K is not so large and bright: these stars have a mass of 0.5 to 0.8 solar masses and a luminosity of not more than 0.6 solar. Therefore, the habitable zone is much closer to them, and for super habitability, the planet should move in a shorter orbit, closer to the center of this area. It is desirable that there be several such worlds in the system, which will provide them with a constant exchange of “embryos of life” – as this may have already happened between the Earth and Mars, while (and if) it was inhabited. 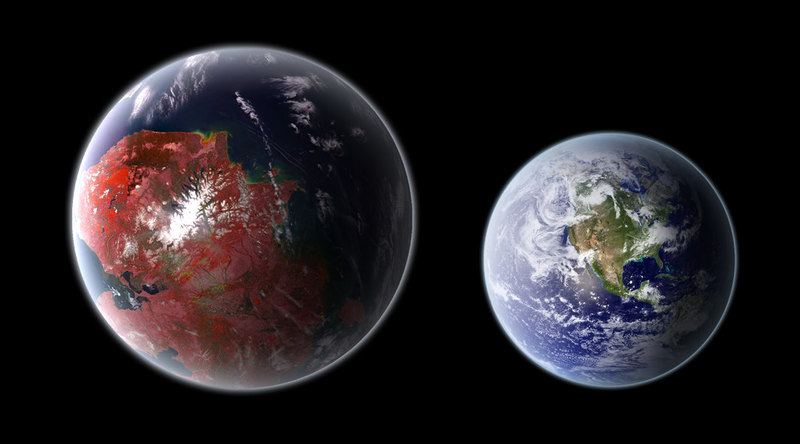 So, it is better to take a larger body, optimally – two terrestrial masses and 1.2-1.3 of its radius. Larger sizes will not only provide plate tectonics and greater living space. Powerful gravity will hold more water and a denser atmosphere, making it easier to maintain a stable high temperature (preferably around 25 ° C, about 10 degrees above ours). The relief of a massive planet will also become more even and smoother. It will have fewer depths poor in light and food, but more warm and lively shallow water. According to one observer, an ideal world will present less diverse ecosystems, but each of them will reveal its full potential for biodiversity.

The pursuit of the ideal
Heller and Armstrong note that almost all the characteristics necessary for “super-habitability” stem from one main thing – the dimensions increased in comparison with the Earth. Theoretically, such worlds should be even more numerous in the spaces of the Galaxy than ours. And there are more orange dwarfs than yellow stars of the solar type – according to some estimates, they account for up to 9% of the total stellar population. Moreover, at least one suitable world is already known.

The exoplanet Kepler-442b, located in the constellation Lyra 1200 light years from the Sun, almost perfectly meets the conditions of “super habitability”. It revolves around a K-class star, its radius is 1.3 terrestrial, and its mass is 2.3 terrestrial. Unfortunately, the average temperature on the Kepler-442b is far from optimal: about -2.5 ° C. However, apparently, this is only the first example, and in the future we will find many truly ideal planets. 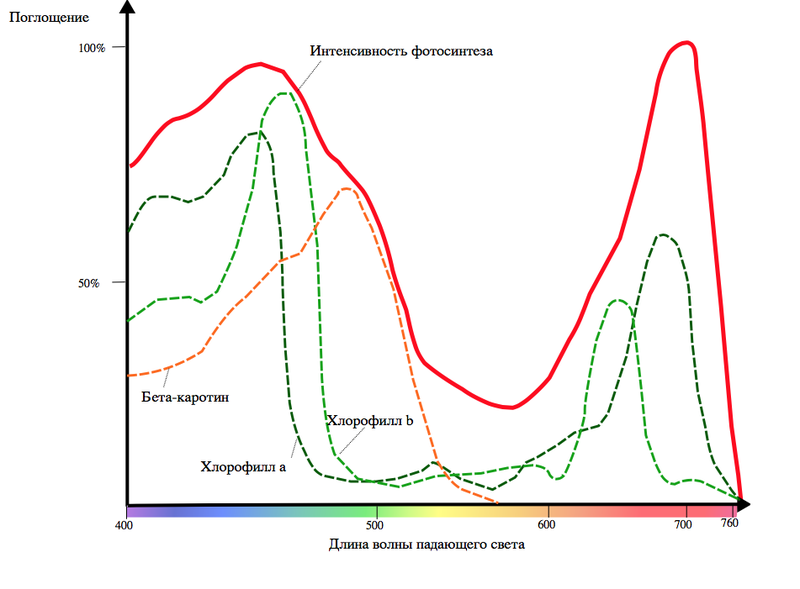 The spectrum of photosynthesis on Earth

It is possible that vegetation will help to recognize such a world – of course, lush and not at all green. The spectrum of K-stars is different from the sun, and the sky of a super-inhabited planet will not be as blue as ours. The areas in which the pigments of terrestrial plants absorb light are in the red, but most of all, in the blue-violet region (green light is reflected). However, class K emits more actively in the red and infrared ranges, but in blue and violet it is weaker.

Therefore, it is assumed that under such light the plants will reflect more blue, so that their leaves will be darker than the earth, closer to the purple color. There are even hypotheses that over a long time of evolution in an ideal world, plants must learn to effectively absorb all the light incident on them and become completely black. Someday, people will be able to walk through such a gloomy and dense Gothic forest. As far as we know, with proper training, our body allows it to move with gravity up to 4 terrestrial. An ideal world here is almost perfect.