Why the end of the world is being postponed so far? 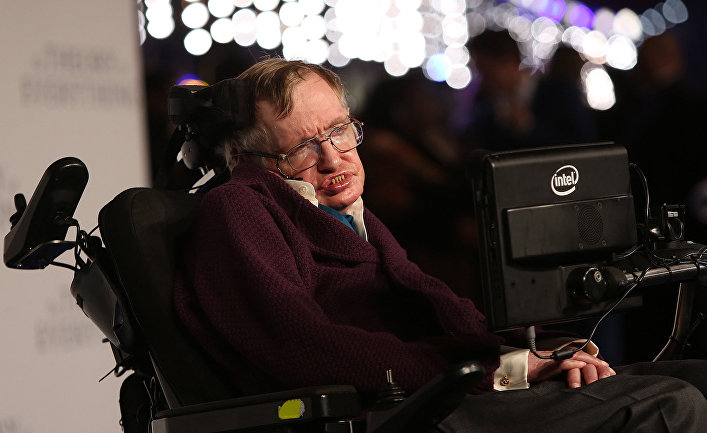 The physicist Stephen Hawking is convinced that the Earth will remain fit for another 100 years and we must look for a new home in space. The astronaut Ulrich Walter (Ulrich Walter) considers this nonsense.

And this week he told the BBC channel that people will very soon be forced to move to other planets. In 100 years the world is threatened with death. This time he named four possible causes of the inevitable catastrophe: global climate change, pandemics, the impact of a large asteroid and the rapid growth of the Earth’s population. All this can lead to the fact that the Earth will become uninhabitable.

Loud words, but scientifically unreasonable. “Hawking’s assertion that the world’s population will have to relocate to other planets for 100 years is based on assumptions that are not true,” says physicist and astronaut Professor Ulrich Walter, who teaches aerospace technology at the Technical University of Munich.

Climate change over the past 100 years has raised the global temperature by about 1 degree Celsius. “If in the next 100 years the temperature rises by another 1.5 degrees Celsius, as predicted by the most pessimistic forecasts, then in Germany it will be warm, but this does not mean the death of humanity,” Walter said. To assess this temperature increase, Walter gives the following comparisons:

“The temperature in the center of Munich is now three degrees higher than in the countryside.” As a result of climate change, there will undoubtedly be more natural disasters, such as floods or strong winds. “But natural disasters are always local in nature and therefore can not destroy humanity globally,” states Walter.

Stephen Hawking is wrong in time

Ulrich Walter, who recently published the book “The Turmoil in a Black Hole” (“Im schwarzen Loch ist der Teufel los”), is primarily an expert in everything that happens in space. Here, he objects to Hawking in assessing the degree of threat of asteroids. “Large asteroids that could destroy humanity, crash into the Earth with a frequency of ten to one hundred million years,” – says Walter. “Thus, the likelihood that this will happen in the next 100 years is extremely low.” In any case, it is not higher than in the past 100 years.

The warning about pandemics is corny. Yes, today higher than before, the probability that new pathogens spread faster in the globalized world. A significant increase in world tourism and trade in the near future is hardly possible.

And with the pandemics of past years, such as SARS, avian and swine flu, humanity has done quite well. “Today we can cope with this much better than just a few decades ago, as in medicine and biotechnology there is great progress,” says Walter. Just with the new possibilities of genetic engineering, new breakthroughs in the fight against infectious diseases become possible.