Why the northern lights may appear contrary to all predictions? 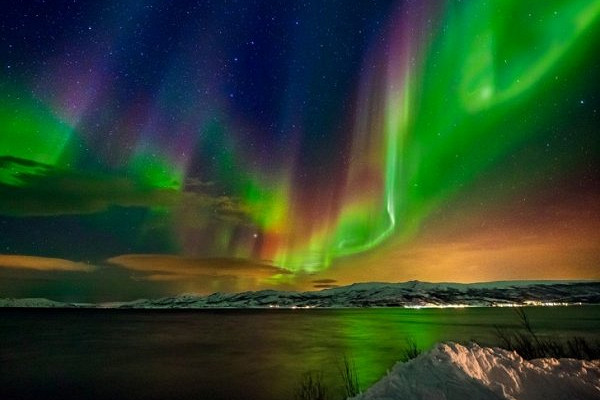 Sometimes auroras do not have much to do with space weather forecasts. On the night of October 20, relatively calm conditions were predicted near the Arctic Circle – only 10% of the probability of geomagnetic storms. However, when Alan Dyer looked up at the sky, standing on the moonlit deck of the Norwegian cruise ship Trollfjord, this is what he saw: 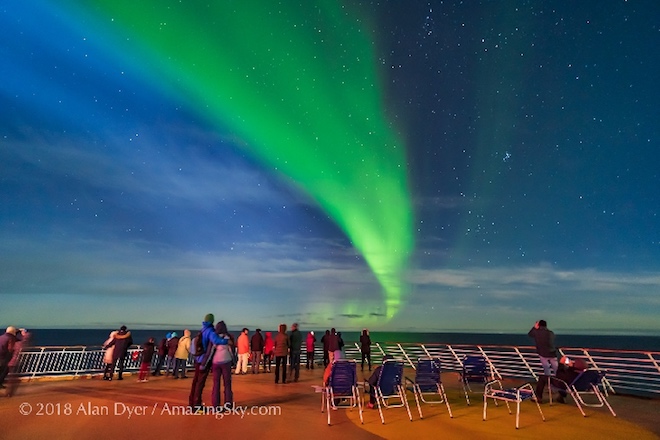 According to him, when the ship crossed the Barents Sea along the Arctic coast of Norway, splendid lights suddenly appeared in the sky. At the same time, officially, the Kp index (index of geomagnetic activity) was 0!

The Barents Sea is a special place where auroras can appear even against the background of weak solar activity. The sea is located under the constant auroral oval of our planet, a ring-shaped region surrounding the North Pole, where the geomagnetic field sends particles from space down to the upper layers of the atmosphere. Inside this oval, auroras can suddenly appear, leaving incredible “splashes” of green and violet light in the sky – and no solar storms are required for this.

“Trollfjord is one of the ferries plying along the Norwegian coast and providing great opportunities to observe the northern lights,” adds Dyer. “Yesterday’s show is an example of auroras that are always present at high latitudes under the oval, despite the low solar activity.”