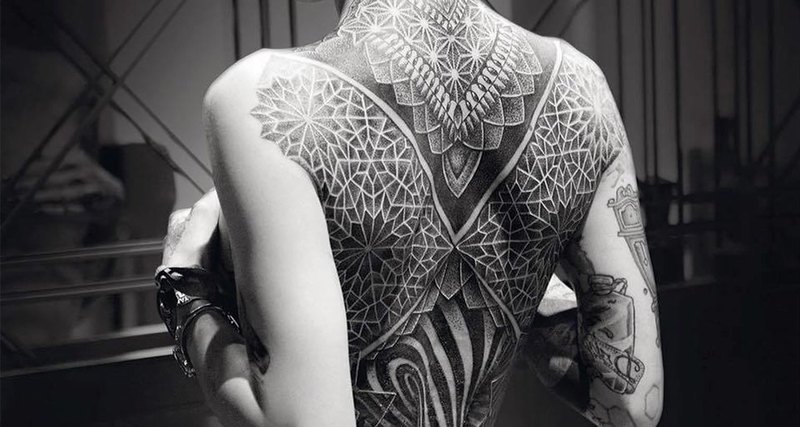 For a long time, scientists could not understand why tattoo ink is so firmly held on the skin – after all, its cells are updated very often. A new discovery showed that pigment from dying cells is absorbed by their neighbors.

New research conducted in France shed light on one interesting circumstance. As you know, among all the organs of the human body, the skin is subjected to the greatest load from the external environment, and therefore its cells are updated quite often. At the same time, when a person tattooed himself, it does not erase in a week – it only fades, but it takes years. At first glance, this is completely impossible, but our body is very unusual: scientists have found that dying cells release into the intercellular space accumulated pigment, which then grab new cells!

The study, published this week in the Journal of Experimental Medicine, describes how scientists experimented on mice and applied tattoos to their tails. Immune skin cells, called macrophages, captured the pigment as they are supposed to. However, when the researchers acutely destroyed these cells, the appearance of the tattoo did not change in any way. It was exactly what biologists hoped for: the tattoo ink after the death of the cell fell deep into the layers of the skin, after which they were drawn into neighboring cells.

In another experiment, the researchers transplanted the area of ​​the skin with a tattoo from one mouse to another and found that six weeks later the skin cells of the new host absorbed the applied pigment. This longevity explains why archaeologists sometimes find tattoos even on the skin of ancient mummies. Previous studies have shown why macrophages absorb the ink into themselves: it turned out that this is a common immune response. Protective cells are pulled together to the wound inflicted by the needle of the tattoo machine and absorb the ink because they are a foreign pathogen. By isolating it in itself, the phage thus protects the internal environment of the organism from the potentially harmful effects of the stimulus.

Despite the fact that the new work proves once again that a tattoo is for life, it also gives hope to those who want to get rid of the drawing on the skin. When a tattoo is removed with a laser, its impulses destroy the skin cells and cause them to emit a pigment. As a rule, even after that, there is hardly a noticeable trace, and therefore the study will help to ensure a perfectly clean skin: while the laser will destroy the old cells with ink, special blockers will forbid the neighboring cells to absorb them, and the paint will simply be disposed of by the body itself with other wastes of cellular activity.