Why there were so many species of dinosaurs? 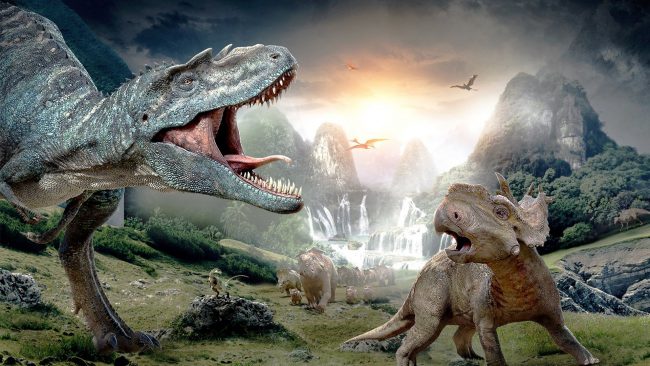 The new species of dinosaurs is described on average each ten days. This year already described 31 new look, but it is not finished yet. Of course, to find out what to consider a separate look, not so simply. Paleontologists very much like to argue therefore to force two of them it is almost impossible to agree about the final list of types. But whoever considered, we know that there were many dinosaurs — 700-800 types are already described, possibly, their more than one thousand. From where there are a lot of types?

For a start we need idea of that how many species of dinosaurs in general existed. One of researches tried to estimate the common variety of dinosaurs by means of effect of a specific zone — the ideas that if we know how many types one small part of Earth can support, we can extrapolate how many they had to exist around the world. These calculations show that at the end of the Mesozoic, 66 million years ago, a variety of dinosaurs — all types living at the same time — was between 600 and 1000 types.

It is represented reasonable assessment because if to count all living land mammals weighing more than 1 kg (the size of the least dinosaur) and then to add the died-out types for the last 50 000 years like woolly mammoths, terrestrial idlers and huge kangaroos (with adjustment on loss from activity of the person), you receive similar assessment.

Nevertheless it only number of the types existing at once time, and dinosaurs existed very much, very long. Throughout the Mesozoic dinosaurs constantly evolved and died out. Having done some bystry and rough calculations and having assumed that 1000 species of dinosaurs could live in at one time, and these types each one million years were replaced — we will receive 160 000 types. It is a lot of dinosaurs.

It is, of course, very crude estimate. It depends on a set of assumptions, for example, as the planet can support many different types and as quickly they develop and die out. If to assume a minimum in 500 types and their sluggish change through each 2 million years, for example, we will receive 50 000 types. On the other hand, during the warm period like the Mesozoic it is possible to allow also existence of 2000 types which were replaced through half a million years. 500 000 types turn out. It seems quite reasonable to assume that there were from 50 000 to 500 000 species of dinosaurs, apart from mesozoic birds who could double a variety. 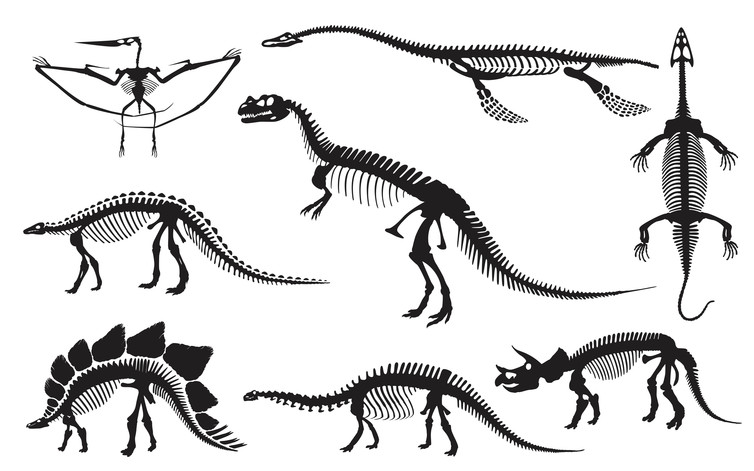 Why there are a lot of types? It comes down to three points. Dinosaurs were very good in specialization, localization and speciation.

Dinosaurs were experts in use of different niches when different types could coexist, without competing. In the West to North America the huge predator of T. rex coexisted with shallow meat eaters of a dromeozavrama. Huge, long-necked zauropoda wandered side by side with horned tseratopsa, friendly eating flowers and herbs. Were also shallow herbivorous — pakhitsefalozavra and ornitomimida, dinosaurs, eating fish similar on herons, and even muravyedopodobny insectivorous.

And in these niches there were further specializations. T. rex was large and had potent jaws, but quite thickset and slow extremities and was well able to hunt on the sluggish, but reinforced tritseraptops. The brother of T. rex, Nanotyrannus, was less, but had legs of the marathoner therefore easily caught up with the production. This specialization means that at least 25 dinosaurs, according to researches, could live side by side in one habitat.

Localization falls into to how in different places different types are placed. In Mongolia there was one set of animals — tyrannosaurs, duck-bills and ostrich’s dinosaurs — living in the magnificent delta of the river flowing through the center of the desert. In only several kilometers from them, small horned dinosaurs and Oviraptors with the popugaysky heads lived in dune fields. Dinosaurs also differed from the continent to the continent, different types inhabited different parts of North America, for example. Between continents of distinction were shown even stronger. During the late Cretaceous North America and Asia were inhabited mainly by tyrannosaurs, utkonosy dinosaurs and horned dinosaurs. But Africa and South America which are dissected away by oceans there are a lot of million years, inhabited absolutely other types. Instead of tyrannosaurs horned abelizavra were the best predators. Instead of the utkonosykh of dinosaurs long-necked titanosaurs were leaders herbivorous.

Dinosaurs removed new views with amazing speed. Radioactive dating allowed to date the breeds containing fossils of dinosaurs and to define how many they existed. Breeds of a formation of Hell Creek in Montana, for example, developed during 2 million years. In the bottom of these layers we have one appearance — Triceratops horridus — and in an upper we have the second appearance evolving from the first, Triceratops prorsus.

It means that the look lived one million years — rather not for long in the geological plan. Researches of other educations and other horned dinosaurs show that other types were nedogovechna too. In Canada it is possible to find fossils which show three different species of dinosaurs in barren lands of “The park of dinosaurs” — the first is replaced the second, second replaced by the third — years which developed for 2 million. Dinosaurs quickly evolved and changed, pushed by shifts of the terrestrial seas, climate, continents and evolution of other dinosaurs. If it did not occur, they would die out.

We never learn definitely how many existed dinosaurs. These animals so seldom remained and became fossils that many tens of thousands of types were lost for us forever. It is and still remarkable that we find such interesting things as, for example, the whole tail of a dinosaur in amber. We lost sight of many types, but we will find thousands more.