Why USA won’t be able to construct “death star” 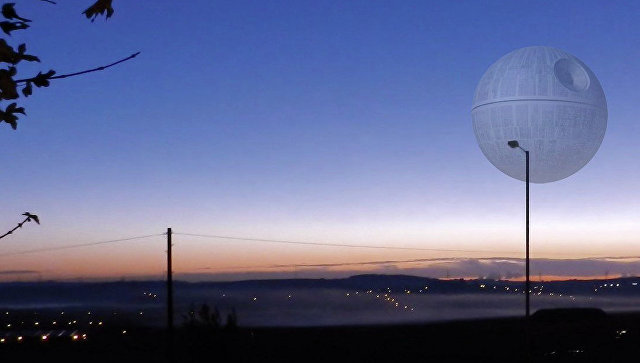 Construction of an analog of “death star” from “Star wars” will be prevented not only by its astronomical cost and vulnerability for a surgical strike of the opponent, but also laws of physics, scientists declare.

“The most powerful for today the laser on Earth develops a beam with capacity in 2 petavatt. The “Death star” capable to destroy planets will demand in one million billions times more powerful radiator. If the similar space station is able to develop such amounts of energy, then heat generated in case of “warming up” of such mega-laser just will melt all “death star” — Raychelle Burks, the chemist from university of Texas in Austin (USA) explains.

In George Lucas’s film epic the so-called “star of death” – a fighting platform of the size of the small moon which was inhabited by crew from more than one million attack planes clones, soldiers of imperial army and the fleet, and several thousand fighting robots was the main threat for forces of insurgents and lives of almost all residents of the Galactic Empire.

Zachary Feinstein economist last year calculated, relying on the cost of the Mankhettensky project that the first “star of death”, together with expenses on developmental works, cost the emperor Palpatine in the astronomical amount – 193 quintillion dollars. It constitutes if to be guided by data from Internet sources on the Universe of “Star wars”, about 4,3% of GDP of all Galaxy in general.

As scientists note, there are also physical problems which, most likely, will make impossible construction of “death star” about what users of network repeatedly asked the U.S. President, sending petitions to the White House. For example, in addition to problems with the laser of “death star”, its construction in an orbit of Earth or any other planet will be actually impossible.

“Diameter” of a star of death” exceeds 160 kilometers because of what it won’t be able just to orbit long time round Earth, without collapsing at the same time. Objects of such weight and the sizes should be held in an orbit constantly that is actually impossible in case of any imaginable or inconceivable fuel reserves” — Rod Pyle, the historian and the popular writer of science adds.

Besides, the principle of work of “death star” — the combination of several laser beams in a whole – breaks laws of physics as the crossed rays of light, according to Byorks, freely pass the friend through the friend, but don’t merge and strengthen each other as it occurs in “Star wars”.

On the other hand, peculiar analogs of “death star”, though more modest on scales, actually exist, at least in the form of plans. For example, in 2013 the famous American scientist Philip Lubin from Polytechnical university of California (USA) provided the project of the orbiting DE-STAR platform intended for destruction or knocking down from course of asteroids.

Lubin and his colleagues developed the optical analog of the phased grid capable to work as the superpower laser. The orbiting DE-STAR platform consists of hundreds or thousands of microlasers integrated in the phased grid. These radiators receive energy from the solar batteries attached to a platform.

Besides, as Lubin claims, the similar system can be used for “acceleration” of spaceships to the okolosvetovykh of speeds that will make possible travelings to distant approaches of Solar System and out of its limits. Project participants of Breakthrough Starshot sponsored by Yury Milner plan to use this principle for start of microprobe to Alphée Zentawra in the middle of 2030.