Why we need dreams? 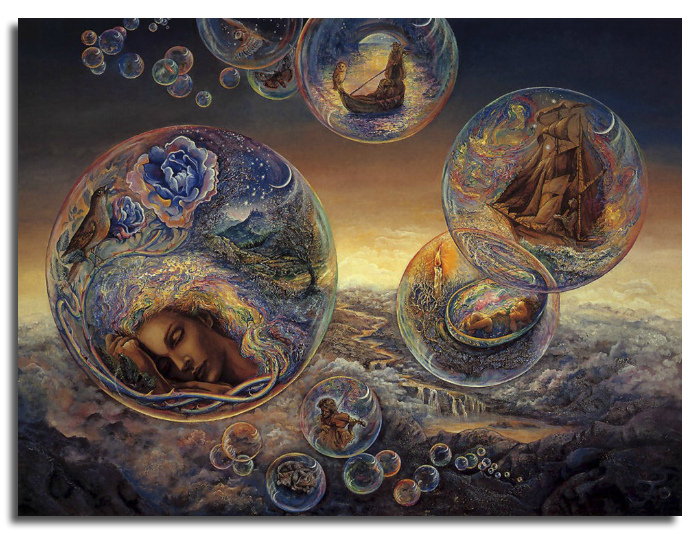 On this question still scientists have no exact answer though most different hypotheses they offer much. For example, some of them claim that thanks to dreams the mankind could survive in primitive time, perfecting for millions of years at night, in a dream, different ways to be compared to threats which the world around was full.

Began to investigate dreams since 1953. Then Eugene Azerinsky, the emigrant from the USSR, zafiksirvat the bystry movements of eyes of the person during sleep. Azerinsky, on the advice of the famous then physiologist Nataniel Kleytman, conducted researches, watching the sleeping child by means of a polygraph. Here then he also found out that an hour later after a backfilling, at the child eyes under centuries begin to run quickly. After a while, these movements disappeared, and in one or one and a half hours were resumed again.

Of course, tried to study dreams earlier, even B.C. For example, Aristotle has a book “Explanation of Dreams”. However all who dealt with this issue always thought that during sleep the brain fills up too and no activity occurs.

Thanks to researches, we know today that the son consist of two phases – a slow dream and bystry, in general on it 90 minutes leave. These phases during the night repeat 3-4 times. The Mezhdenny dream, in turn too has several stages – a somnolence, somnolent spindles and two stages of a deep sleep. during this period we have dreams too, but in them images aren’t framed, it – as if you think of something.

And here we see the real dreams during a REM sleep – each of them takes only 10-15 minutes. As scientists found out, during this period the site of a brain conducting to a spinal cord which is responsible for the movements is blocked. Thus entering of nervous impulses to muscles is interrupted, and all movements of the person are blocked, except eyes and respiration. Otherwise we would run in a dream. Or did everything that dreams us. This phase of a dream still call paradoxical – because the brain is awake in the same way as in the afternoon at this time. At the same time the person deeply sleeps. Usually in a night we manage to see from four to six dreams in a night, however most often we don’t remember them.

For what dreams are necessary? It is considered to be that dreams are an evolutionary property of the person. They process and transfer information from short-term memory to long-term. For example, if the school student or the student learned something before examination, then slept for six-eight hours, then knowledge is acquired and reproduced easier and better. Roughly speaking, this fixing of memory. The brain doesn’t manage to process all information which arrived during the day. Therefore does it at night.

Whether animals have dreams? Until recently physiologists answered on this question in the negative. But everything who have a dma animals, well know, dreamily their pets move pads, make sounds, somewhere as if would run.

And scientists decided to find experimental proofs to that, as animals have dreams. For this purpose they made an experiment on rats to whom entered electrodes into structures of a brain and registered the neurons which are responsible for orientation in space (such is at all mammals). Then placed rats in a labyrinth, and looked – what neurons work in case the rat runs to the right what – when on the left. And when scientists began to register activity of these neurons at the sleeping rats, it served as the proof that the rat in out of saw a trajectory of the movement. She as though repeated in other reality run on a labyrinth. Two years ago scientists got the Nobel prize for this experiment.

And here at fishes, reptiles and amphibians of a dream, as at mammals, no. They have periods similar to a dream. And that the most surprising, they have no REM sleep phase. We got dreams with homoiothermy.