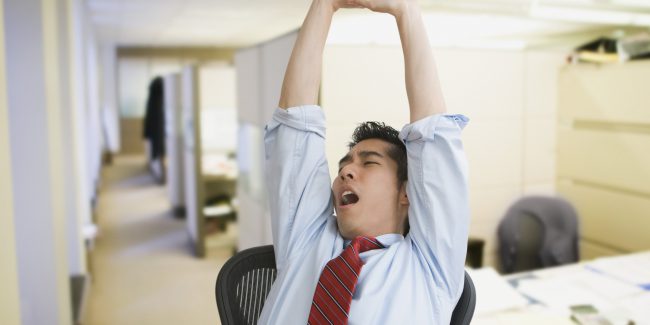 You turn in a bed all night long. The yesterday’s meeting has too dragged on. Someone has yawned nearby — and you can’t do anything except how to yawn in reply. Usually, when you are overtaken by yawning, you precisely know (or you think that you precisely know) why it occurs, but how to explain that you can begin to yawn, even just reading article on this subject!

But scientific aspect of the question isn’t always so clear. Long time people considered that it is a sign of a lack of oxygen of an organism, but yawning is what isn’t absolutely connected with breath. Today scientists trust in that, as the first and second control separate mechanisms in a body and a brain. And while people feel yawning attacks when they boringly or want to sleep, they also involuntarily yawn, even doing something vigorous or interesting. The same concerns athletes before competitions, or it is possible to cite as an example Sasha Obama who yawned during inaugural speech of the father — Barack Obama.

Yawning is really very infectious. Experts consider that, evolving, we have learned “to understand” yawning of one people as a sign of their sympathy for others. And all this mechanism is controlled by social communications. Further researches have confirmed that you will yawn in reply to the loved one rather, than to the stranger. In 2011 it has become clear that we yawn most often because of the family, then it is slightly less because of friends, and at all people unfamiliar to us finish the list: it is the most difficult to them to force us to yawn.

It is time for your brain to be cooled

In search of a scientific explanation for why we yawn, the freshest theory says to us that yawning just cools our brain, giving him a little fresh air. To check this theory, in 2011 have conducted a research during which it has become clear that people yawn more in cold season and less in warm. Besides, the deprivation (interruption) of a dream can increase brain temperature, and the good yawn will help us to cool the head up to the normal temperature.

You have a big brain

The Biology Letters magazine reports that, the more you yawn, the more your brain. Researchers have found out that mammals who yawn (just like people) possess a massive brain and a large number of cells of a brain. If to take into account that yawning really cools a brain to feed him with energy it turns out that the more the brain, the more neurons will demand oxygen for normal functioning. And to help them with it — we yawn.

Perhaps, you have an infarct

Or stroke. Or tumor. But you don’t hurry to faint from a pavor to yawn — only reexcess yawning which lasts much more longly, than you can imagine it, can confirm problems of such character.
The infarct can stimulate a vagus nerve which passes from a brain to a stomach that leads to reaction which symptom is such long yawning.

Researchers used MRT to study a locating of tumors in a brain. But the question of how they can disturb organism means of communication so that the yawning as a result appeared, is still urgent.

People with an epilepsy and a sclerosis also often report that they repeatedly and for a long time yawn. These states (as well as a headache and even alarm) anyway are related to brain attemperation problems. From there is a conclusion: the excess yawning can be attempt of our organism to restore balance.

Any of above-mentioned theories can act as a magnificent justification in case you decide to yawn with pleasure at a meeting (especially the theory about a big brain).