Wildlife population declined by 60% in 40 years 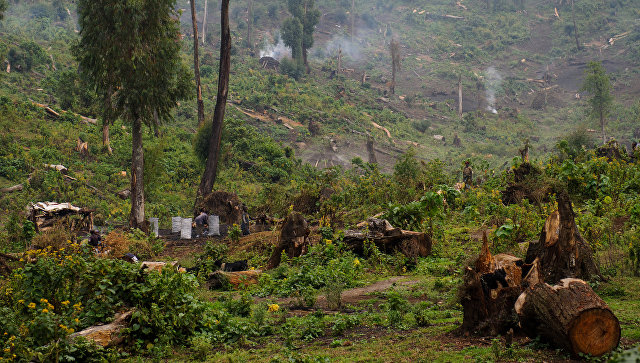 The population of wild animals on Earth has declined by 60 percent in 40 years. This is stated in the report of the World Wide Fund for Nature (WWF) “Living Planet – 2018”.

Researchers particularly identified record numbers of tropical forests, where the number of vertebrate mammals decreased by 89 percent. In particular, in the Amazon, 20 percent of the flora and fauna died out due to deforestation. In addition, over the past 30 years, the planet has lost about half of its shallow coral populations, the report says.

According to scientists, the main reason for such indicators is the destructive for the nature of human activity. In particular, land degradation causes enormous damage, leading to the destruction of animal habitats. In addition, overfishing and hunting are also a major threat to wildlife.

“Science confirms that we have brought forests, oceans and rivers to a deplorable state. The rate and scale of declining populations and wild habitats is increasing, indicating our enormous impact and pressure on the planet, undermining the source of all our life – nature and biodiversity” – declared Marco Lambertini, CEO of WWF International.

The annual global amount of natural resources consumed by man is about $ 125 trillion. The current human activity undermines the ability of nature to ensure the lives of people on Earth, the report stresses.

According to WWF experts, only global agreement on wildlife conservation can stop this destructive tendency. The question of creating such a treaty in WWF is planned to be raised at the Conference of the 14th Conference of the Parties to the Convention on the Conservation of Biological Diversity (CBD), which will be held in November of this year in Egypt.