Will fresh water from Baikal get to China? 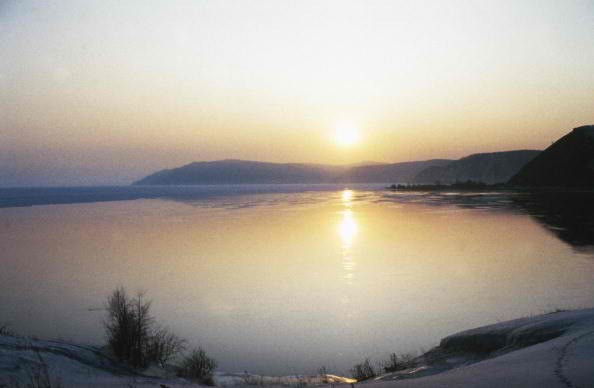 Absolutely waterless sand dunes of the Gobi Desert stretch to Xinjiang from Dunhuang, an ancient oasis on the Silk Road, famous for its beautiful monuments of Buddhist rock art. From this city, which has gained worldwide fame due to Buddhist artifacts looted by European treasure hunters, the path leads to a place that has received the romantic name of the Jade Gate.

This is the point from which the ancient Silk Road diverged in two directions. Both roads rejoined in Kashgar, another important junction point of the Silk Road, on the border of Central Asia. However, the romance of this ancient trade route gave way to a much darker reality: a severe water supply crisis swept the three arid provinces of northwestern China – Xinjiang, Gansu and Inner Mongolia. Xinjiang is also a geopolitically unstable administrative region, which often experiences widespread outbreaks of violence in the press, stemming from separatist sentiments.

The decline in precipitation in recent years has exacerbated the water shortage experienced by the inhabitants of these provinces. In 2016, only 380 mm of rain fell in Gansu Province, 5% less than the average for previous years. And in the vicinity of Dunhuang, located in this province, rainfall fell last year to an insignificant amount of 67.7 mm. Because of the threat posed by a catastrophic water shortage, scientists in the capital of Lanzhou Province, a picturesque city that crosses the famous Yellow River, offered a grandiose project to transfer water from the legendary Siberian Lake Baikal.

According to the concept of the Institute for Planning of Rural and Urban Territories in Lanzhou, it is planned to lay a water pipe from the south-western tip of Lake Baikal. Over this pipeline with a total length of about 1 thousand kilometers, fresh water from the deepest lake of the planet will be delivered to Lanzhou. The route will pass along the mountain pass, called the corridor of Hesi, through the high Tibetan plateau and the Gobi desert.

This drainage project, if it receives a green light, will give a new impetus to the development of the corridor of Hasi. The Chinese authorities are already using Hexi as an abundant source of renewable energy. In this zone, year round sun-drenched, vast areas are occupied by solar and wind power stations. The corridor of Hesey is sometimes called the “Three Gorges on the Ground”, in association with the large-scale project of the “Three Gorges” hydroelectric power station on the Yangtze River, which is capable of generating 22500 megawatts of energy.

The said proposal, while existing only on paper, can cause serious objections on the part of Russian environmentalists. The Russian RT channel already reported that the water level in the lake fell to a critical minimum of 450 meters, mainly due to the reduced incoming flow. In this regard, residents of the areas adjacent to the lake, it was recommended to reduce water and energy consumption.

However, the problem is likely only to worsen in connection with the plans of another neighboring country – Mongolia. Some Chinese media report that the Mongolian government is considering the construction of a dam on the Ochron river, which flows into Lake Baikal. The project provides for the laying of an underground pipeline with a length of 900 kilometers, along which water will be delivered to the southern part of the Gobi Desert, where groundwater reserves may end in the next 10 years.

As an argument against large-scale water projects related to the lake, Russians refer to the fragility and vulnerability of the ecosystem of Lake Baikal, numbering 1 thousand 200 species of fauna and 600 species of flora. In any case, the plan for the drainage from Baikal shows that in the era of climate change and the growth of environmental awareness, negotiations on transnational water supply will be at least difficult.