Wine from an ancient wreck put up for sale 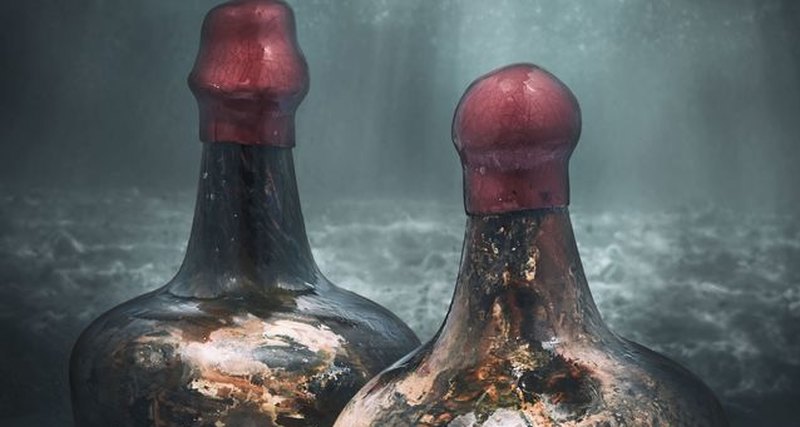 Recently, an expedition exploring the coast of Germany picked up a dozen bottles of strong red wine from the hold of a sunken ship of the 17th century – and now anyone can replenish their own collection of rare alcohol.

Good wine is old wine. There is an opinion that the longer this wonderful drink was kept, the better the subtle notes of its taste and aroma are revealed. Well, connoisseurs have the opportunity to try a truly old and unique wine. Next week in London, Christie’s will auction bottles of wine dating from 1670–1690. Estimated auction house, the cost of bottles range from $ 32,942 to $ 38,010.

The modern history of these amazing finds began in 2010, when during a mission to explore the ocean floor off the coast of Germany, researchers discovered a shipwreck. In the ship, sunk at a depth of 40 meters, an old basket was found under a layer of dirt, and in it – 14 miraculously survived bottles.

One of them still suffered during the excavation, and the second had to be opened for examination. Regis Goujon, a professor of enology at the University of Burgundy, says that the contents of the bottles are just wine, as indicated by traces of tartaric acid and decay products of tannins. In addition, the study also revealed the presence of resveratrol, which, according to Goujon, shows that the bottles contain “strong red wine”. The professor says that in addition to a small amount of acids, such as lactic and acetic, the wine still contains a small percentage of ethanol.

Theoretically, with the help of a couple of bottles of this wine, someone may even get drunk, but Christie’s strongly recommends against using this drink. “The wine is extremely old, and since it is not fortified, its suitability for food is extremely doubtful. It is worth looking at these bottles rather as a historical heritage and an excellent example of the past winemakers’ skill, the auction house warns.