Wingborg tested in a wind tunnel 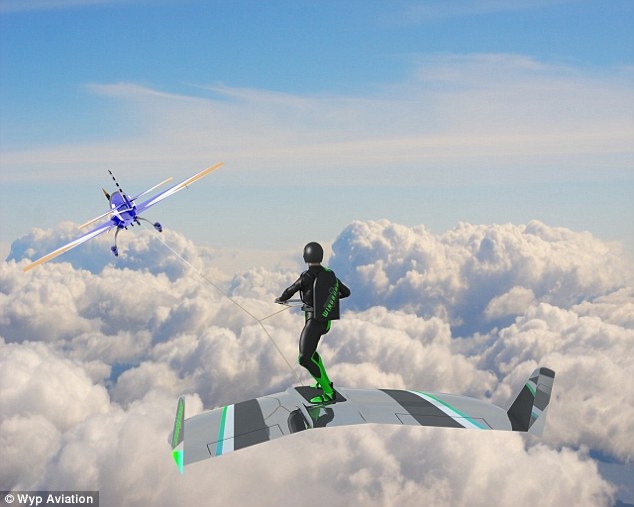 Inventor Aaron Wypijewski, who founded his own company, Wyp Aviation, experienced in the wind tunnel at their development wingborg (WingBoard). The device resembles an unmanned aerial vehicle, however it is possible to fly. Wingborg resembles a wakeboard, which cling to the boat. In the case of wingbones “Board” drags no boat, plane or helicopter.

During the first tests in the air wingborg is attached to the helicopter NOTAR. On the cruise Board you can fly with a speed of over 160 km/h.

According to Aaron Wypijewski conducted in the wind tunnel tests were successful. The device proved to be sustainable and manageable.

Wingborg will be attached to the aircraft by a cable. The cable will split in two. One end will be connected to the flying Board. The second will keep people on wingbone.

Due to insufficient funding for the project Wyp Aviation plans to test the device in air no earlier than 2017. In the middle of 2017, the company intends to launch wingborg. The cost of the device will amount to 15 thousand -30 thousand dollars.