With the help of people cats colonized the Earth 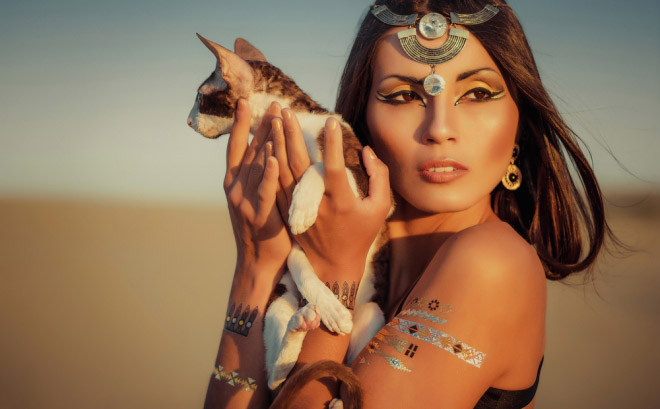 Cats love to pretend that they don’t need us. However, a new genetic study has shown that the global spread of cats began only after their “Union” with people. As it turned out, in the past, two waves of growth in their numbers: the first one about 10,000 years ago when humans first began to grow crops, and the second during development of navigation.

The scientists sequenced the DNA of more than 200 cats of different generations, found in the tombs, burial sites and other archaeological excavations in age from 15,000 to 1,700 years. After analysis, they noticed a link between mitochondrial wild cats from the Middle East and the Eastern Mediterranean, fertile region where appeared very early agriculture. They also established a link between cats that have lived thousands of years later. This was indicated genes mummified cats found in Egyptian tombs, and those whose remains were found in Bulgaria, Turkey, and South of the Sahara.

According to the authors of the study, agriculture was the catalyst for the feline population. Storage of grain and other crops began to attract rodents, and they, in turn, cats. Ancient people could not appreciate the benefits of new inhabitants mewing their yards, besides being the cute creatures.

The second “population explosion” among cats occurred at the same time as people began to travel by sea. It is not difficult to guess who took on Board to protect vital food supplies from rats and mice. The cats were discovered even in the tombs of the Vikings from thousands of years ago.

This work is one of the first serious studies, telling about how cats began to live near us. But they are less studied than dogs, and there are still many mysteries associated with these fascinating creatures.