With what speed did the largest bony fish swim in history 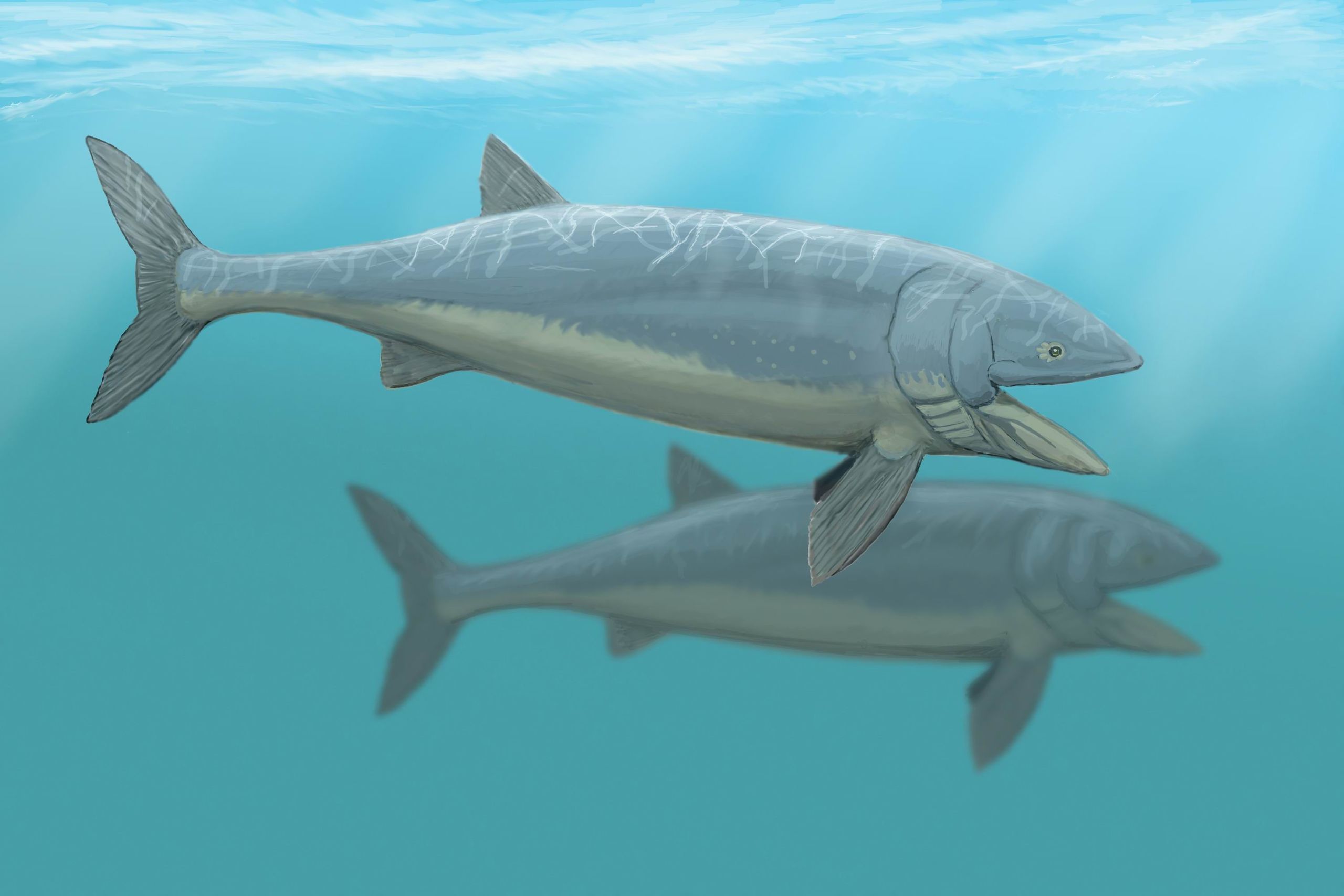 The astonishing speed of the movement of huge ancient fish puzzled scientists and questioned the hypothesis, which explains their modest size today.

The largest of the modern bony fish, sunfish (Mola mola), an order of magnitude smaller than the largest of cartilaginous fish – the whale shark (Rhincodon typus): the first can weigh a couple of tons, gaining second and 20 and 30 tons. Such a distinction is very intriguing to specialists who relate this to the features of anatomy, evolutionary (freshwater) origin and the metabolism of bone fishes.

In particular, it is assumed that the size of these fish can be limited to their high (in comparison with the more ancient cartilage) oxygen needs. And from this point of view, a group of extinct giant bony fish-Lidsikhtis, comparable in size to the largest sharks, is of particular interest. Ichthyologists from Spain, Brazil and the UK, led by Hector Bothell (Hector Botella) from the University of Valencia carried out a new study of one of the most impressive representatives of this kind – the largest ever existed ray-finned fishes Leedsichthys problematicus.

In an article published in the journal Palaentology, scientists show that the mass of these Giants of the Jurassic period could reach 44.9 tons. In this comparative-anatomical study of L. problematicus and their modern relatives showed that the speed of movement of giant fish was 17.8 km / h. This poses a new mystery to the experts: how exactly did the giant fish provide the highest level of metabolism necessary for such a rapid movement of a massive body? The authors of the paper believe that the influence of this factor on the size of bone fish is greatly exaggerated.

They suggest that today’s modest sizes of these fish are associated with other causes: perhaps with early ossification, which does not allow growing long enough, or with features of birth and development. Maybe it’s just the competition from other marine filtering animals that do not allow them to occupy the most profitable ecological niches and reach maximum sizes.