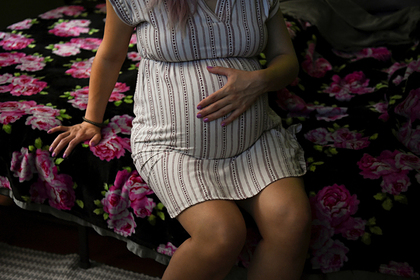 A resident of Wales gave birth to an abnormally rare identical triplets. Only one of the 200 million women in childbirth finds this similar, reports the Daily Mail.

26-year-old Katie Craw (Katie Craw) became pregnant naturally. On February 9, she gave birth to three identical twins using a cesarean section. So, Tommy, Joshua and Eddie were born. In addition to them, Katie has a four-year-old son, Jacob.

The British found out that she was expecting three children at once at the 12th week of pregnancy. “Doctors said it was very rare to get pregnant with triplets, but at that time they did not realize that the twins were also identical,” says Katie.

She was supposed to give birth at 32 weeks of gestation. This period is considered normal for multiple births. However, in Katie’s case, the pregnancy was complicated. At week 28, she started premature contractions. The doctors managed to stop them, but two weeks later, on February 9, the contractions began again. Then she was urgently given a cesarean section.

Tommy was born at 17:50 and weighed 1.23 kilograms. Joshua with a weight of 1.49 kilograms was born a minute later. A minute later, the last of the twins, Eddie, was born. Its weight was 1.46 kilograms. “I was so afraid, but in the end everything went wonderfully. The staff joked and amused me. The team was amazing, ”said Katie.

The neighbors decided to support a large family and anonymously put essentials on the porch of their house, including packages with diapers. “They say that to raise a child, you need the help of an entire village. I agree with this, ”the British remarked ironically.

Previously reported a resident of the American city of West Palm Beach, Florida, who gave birth to twins twice a year. In March 2019, Alexandria Walliston gave birth to twins, whom she named Mark and Malachi. On December 27 of that year, Kylen and Caleb were born.