Women of the Stone Age were stronger than the Olympic champions 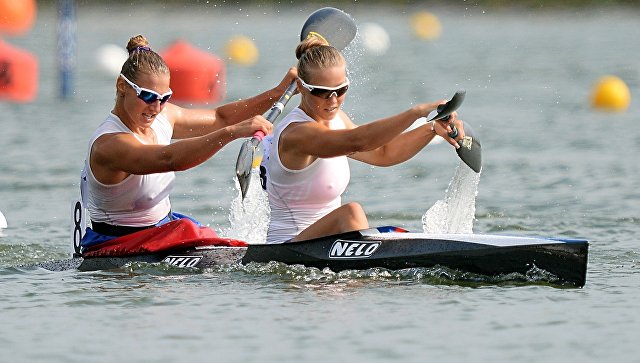 Women from farm communities of the Stone and Bronze Age had stronger hands than the champion in rowing and in other sports, which points to the central role of heavy physical labor in the life of the “weak” sex of that time.

“We can not say exactly what exactly these women did, but history and anthropology tell us that they most likely had to grind grain using hand grindstones. Women from the modern tribes, “stuck” in the primitive communal system, spend 4-5 hours every day on this “exercise”, – says Alison Mackintosh of Cambridge University (Great Britain).

Today, scientists are actively discussing the role that women could play in the lives of the tribes of hunter-gatherers and the first farmers of the Earth, who appeared in the Middle East and Iran about 10-13 thousand years ago.
Traditionally, it is believed that women did not engage in heavy physical labor after the appearance of civilization, but observations of the behavior of the “primitive” peoples of the Amazon and Africa show that this is not so – the role of the “strong” sex, engaged in the most difficult and debilitating labor, not men.

Mackintosh and her colleagues checked this idea in an unusual way. They analyzed the structure of the bones of women who lived on Earth about 7.5-7 thousand years ago, and compared them to the loadings of the bones of British housewives and members of the team of the University of Cambridge in rowing, who train twice a day and every week swim for 120 kilometers.

As the scientists note, the bones of men and women are constantly changing under the influence of those physical loads that they constantly experience, which makes it possible to understand what one or another person was doing and even to assess his physical strength by comparing his bones with a similar part of the skeleton in a representative of the same sex .

Having studied tibial and humerus bones of ancient women in similar fashion, the scientists came to an amazing conclusion. It turned out that they were ahead of modern British women by the strength of their hands by about a third, exceeding in this respect the professional rowers from the women’s team of Cambridge by about 11-16% and not yielding to them in the strength of their legs.

Having received such an amazing result, the scientists conducted another similar experiment, this time studying the power of women who lived already in the time of the Bronze Age, about 4.3-3.5 thousand years ago. As it turned out, the strength of their legs was slightly lower than that of the “superheroines” of the Stone Age, but their hands were as powerful as their predecessors.

As scientists suggest, such a high strength of the hands of women of the Bronze and Stone Age was due not only to the fact that they constantly had to grind grain by hand. In the opinion of Mackintosh, they, along with men, participated in agricultural work in addition to caring for the housework.

“Before the invention of the plow, farmers had to manually plant the seeds of cereals, cultivate fields and harvest the entire crop. Women, moreover, had to carry water for livestock, milk cows and process milk, cook meat, dress skins and weave yarn from wool.

Such a variety of physical activities and associated “chaotic” changes in the structure of bones can explain why no one noticed this amazing feature of ancient women before, “concludes Mackintosh.