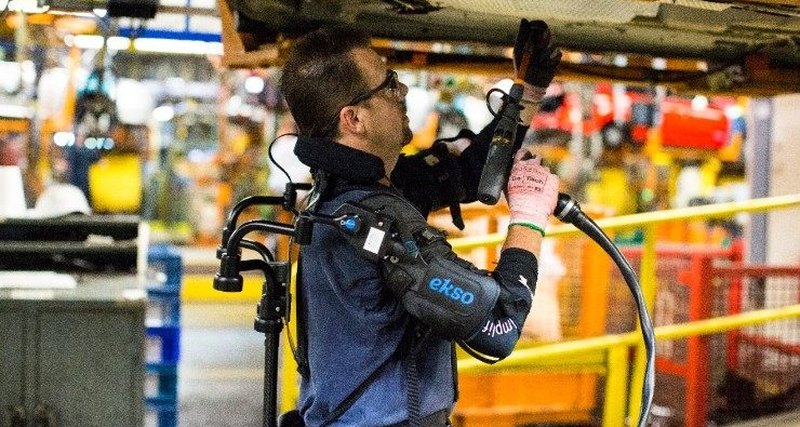 The exoskeleton, called EksoVest, was developed by Ekso Bionics in cooperation with Ford, and the Engadget portal is being transmitted. It helps lift weights (from 2.2 to 6.8 kilograms per hand), reducing muscle tension in the upper body of a person. As noted, this exoskeleton can help in the prevention of work-related injuries associated with muscle and mental fatigue. According to Ford estimates, some workers of its factories raise their hands on average 4 600 times a day. At the same time it is reported that EksoVest is intended for all workers engaged in loading – at a factory, at a construction site, in distribution centers, etc.

As noted in the press release of Ford, the prototypes of EksoVest were tested on the workers of the assembly line, which then reported on the experience of use and suggested options for improving the exoskeleton.

At the moment, EksoVest is tested in two factories in the US, but Ford also plans to use exoskeletons in factories in Europe and South America in the future.