Workers of the plant in Namibia have found valuable treasures 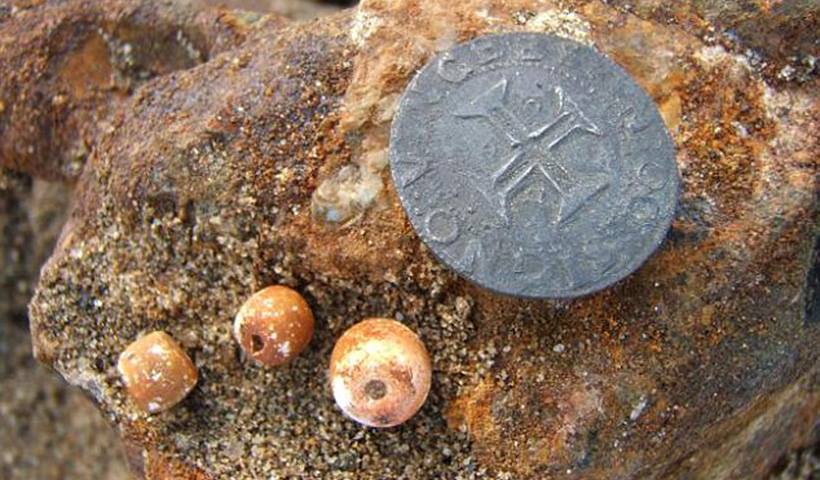 Employees of the company De Beer, who mined diamonds in the south of Namibia, came across the wreckage of a 500-year-old ship in the desert. As you know, the Portuguese vessel Bom Jesus disappeared in 1533 on the way to India. Found under a very impressive layer of sand, the ship rested on the site of an ancient man-made sea lagoon, now turned into a salt lake.

The missing ship was discovered during the drainage of one of the saline lakes near the Skeleton Coast. From time to time in these places, researchers found ships, but this specimen was the most enormous. In the hold was more than 2,500 Spanish, Portuguese and Venetian gold coins of the 16th century, many elephant tusks from West Africa, German copper ingots, weapons and skeletons. As noted by archaeologists, the total cost of treasures is 13 million dollars.