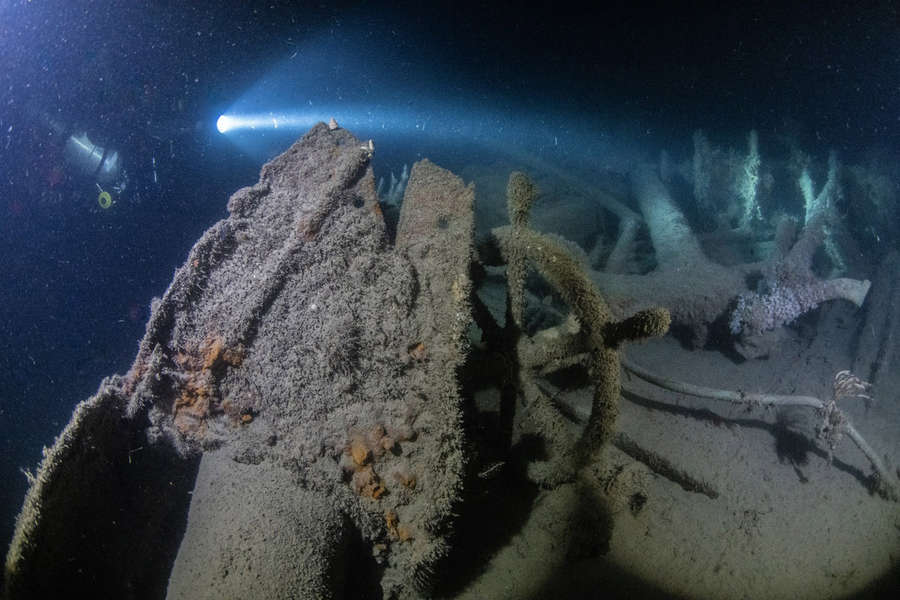 The warship Jason of the Royal Navy of Great Britain, which was blown up during the First World War by a German mine and sank on April 7, 1917, was found off the Scottish coast almost 105 years after her crew said goodbye to her. This is reported by the British portal Royal Navy.

The wreckage of the ship was discovered near the island of Call, which is part of the Inner Hebrides of Scotland, after five years of searching and research. Initially, it was possible to register a sonar signal, then divers descended to a depth of 93 m. Despite the fact that the loss of Jason was documented in detail, and the very moment of his death was even captured in a photograph, the depth, difficult weather conditions, currents, difficult topography of the seabed and the fact that diving in this area turned out to be possible only at certain times of the year, prevented the discovery of this vessel for a long time. Crucial contributions to the discovery were made by historians Wendy Sadler and Kevin Heath of Lost in Waters Deep, an organization dedicated to searching for sunken ships, as well as the SULA Diving diving team. Because the water was too cold, the divers were initially only able to take 20 minutes to quickly inspect the wreck and return to the surface. First of all, they made sure that the general shape of the find corresponded to the outlines of a military ship with a pointed stern, a characteristic propeller, two 4.7-inch guns, dishes, etc. were also found.

Jason was built in 1892 as a torpedo gunboat, but was later converted into a minesweeper. The mine he stumbled upon was laid by the German submarine U-78, it sank in just five minutes, during which three-quarters of the crew managed to escape. Jason is in remarkably good condition, however, it is missing the nose section that came off during the mine explosion. The collision with the mine occurred during a minesweeping operation with the torpedo gunboat Circe, which was also converted into a minesweeper. During the shipwreck on this ship, 25 people died, so Jason is also a military burial. True, so far only one body has been found – 25-year-old Stoker James Blackman from Portsmouth.