Yellowstone park is dying because of tourists-vandals 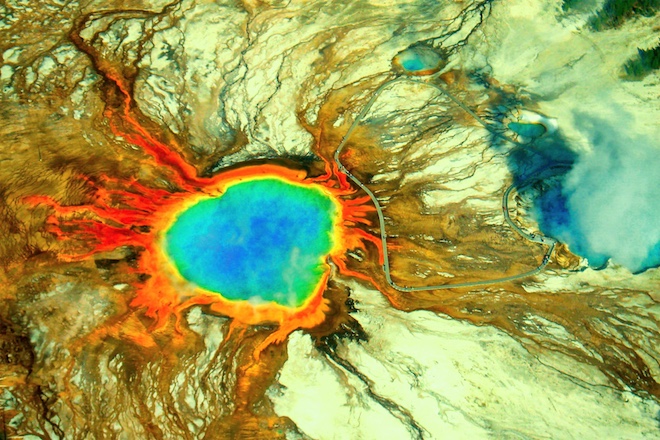 More hot and dry conditions led to increased forest fires in Yellowstone National Park. However, visitors, the number of which grows annually, do harm to everything – from unique hydrothermal objects to the famous grizzly bears, the park administration informs.

The average temperature in Yellowstone, to which the United Nations assigned the status of World Heritage Site and Biosphere Reserve, exceeds historical norms. Due to climate change, the fires in the park are becoming increasingly large and long-lasting.

The State of Yellowstone Report is one of four that includes research data collected over the past decade.

Yellowstone is known for its geothermal regions, which contain about half of the world’s active geysers, as well as forests, mountains, meadows, rivers and lakes, which are considered the most important refuge for the greatest concentration of diverse wildlife in the adjacent 48 states.

The report notes that in recent years a warmer summer with low humidity and shorter winters has been observed. For example, in Mamontovy hot springs in the north-west of the park from 1941 to 2016, the average annual daily minimum temperature increased by 3.9 degrees Fahrenheit, the total annual rainfall in most areas was below the long-term average by 389 mm, and the snow cover was reduced .

Researchers noted an increase in the size of forest fires that affect vegetation and worsen air quality. “If the warming trend continues, the fires in the park will continue to increase and burn for longer periods of time,” the report said.

Millions of visitors who annually flock to Yellowstone from around the world are not lagging behind climate change in their detrimental impact on a unique natural site. Crowds of tourists climbed onto the fragile lands surrounding the hot springs, some engaged in vandalism, and one day a drone was dropped into one of the pools.

Bear grizzly also has a hard time. Although their population in Yellowstone is believed to be stable at around 700 individuals, tourist attractions such as driving, hiking, camping and cycling can disrupt the livelihoods of bears and even cause their deaths.

In 2016, the park was visited by a record 4.2 million people, and 2017 became the second most active attendance year in its history.