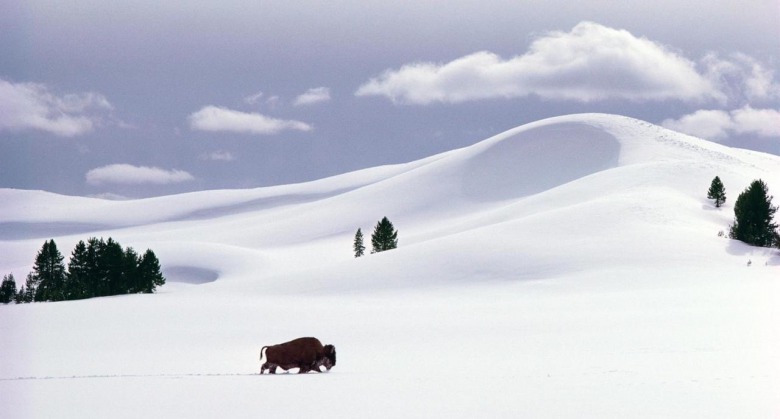 2017 began quite calmly. In the first few months of the year, only a few hundred earthquakes were recorded at the seismographs of the University of Utah, which monitors seismic activity in the Yellowstone area.

The new year 2017 continued the trend of low earthquake indicators in 2015 and 2016, during which only about 1000 earthquakes were recorded annually (usually in each specific year in the range of 1000 to 3000 earthquakes).

All this changed on June 12, when a swarm of earthquakes in Maple Creek began in the western part of the park, a few miles north of West Yellowstone, Montana. Over the next three months, there were about 2,400 earthquakes recorded by the University of Utah seismograph (much more earthquakes occurred in fact, but their magnitude was too small to be recorded). The swarm of earthquakes lasted until early September, and small bursts of seismicity occurred in the same area in late September and late October. The largest earthquake reached a magnitude of 4.4 and occurred on June 16.

Additional series of earthquakes occurred outside the Yellowstone area, near Lincoln, Montana and Soda Springs, Idaho, and each of them was marked by widely felt earthquakes of magnitude 5 and above, but this seismicity was not related to the magmatic system of Yellowstone. These earthquakes were caused by the tectonic expansion of the western United States.

In all, more than 3,300 earthquakes occurred during the year, including about 20, which were felt and were located in the Yellowstone area, making 2017 one of the most seismically active years ever recorded.

Almost 80 percent of all earthquakes that were discovered occurred as part of about 13 separate series, of which the swarm of earthquakes in Maple Creek was the largest. But was it the largest ever recorded in Yellowstone?

In fact, the swarm in Maple Mount in 2017 is in intensity just next to a similar burst of activity in 1985. In that year, earthquakes in the vicinity of West Yellowstone, Montana, lasted three months and included more than 3000 localized earthquakes with the largest magnitude of 4.9 points. Today’s monitoring system was established in 1985, it is likely that there were many more earthquakes before it was created. Madison Road 2010, southwest of West Yellowstone, is now the third largest quake of earthquakes ever recorded, with about 2,300 earthquakes there.

However, in 2017, no significant changes in deformation occurred during the burst of seismic activity. During most of the year the caldera fell and the area around the Geyser basin Norris continued to rise, as evidenced by the numerous continuous data of the station of the global positioning system in the region. Both the caldera drawdown and Norris’s rise continue from 2015. However, in early December, this model began to change when the immersion in Norris began. Will this model continue, remains to be seen.

Rather than being associated with fluid migration, it is also possible that the earthquake surge in Maple Creek is a protracted earthquake effect in the Leipzig Bay in 1957 by the magnitude of 7.3, the largest earthquake ever recorded in the Yellowstone region.