Yoga has protected patients with colitis from relapses 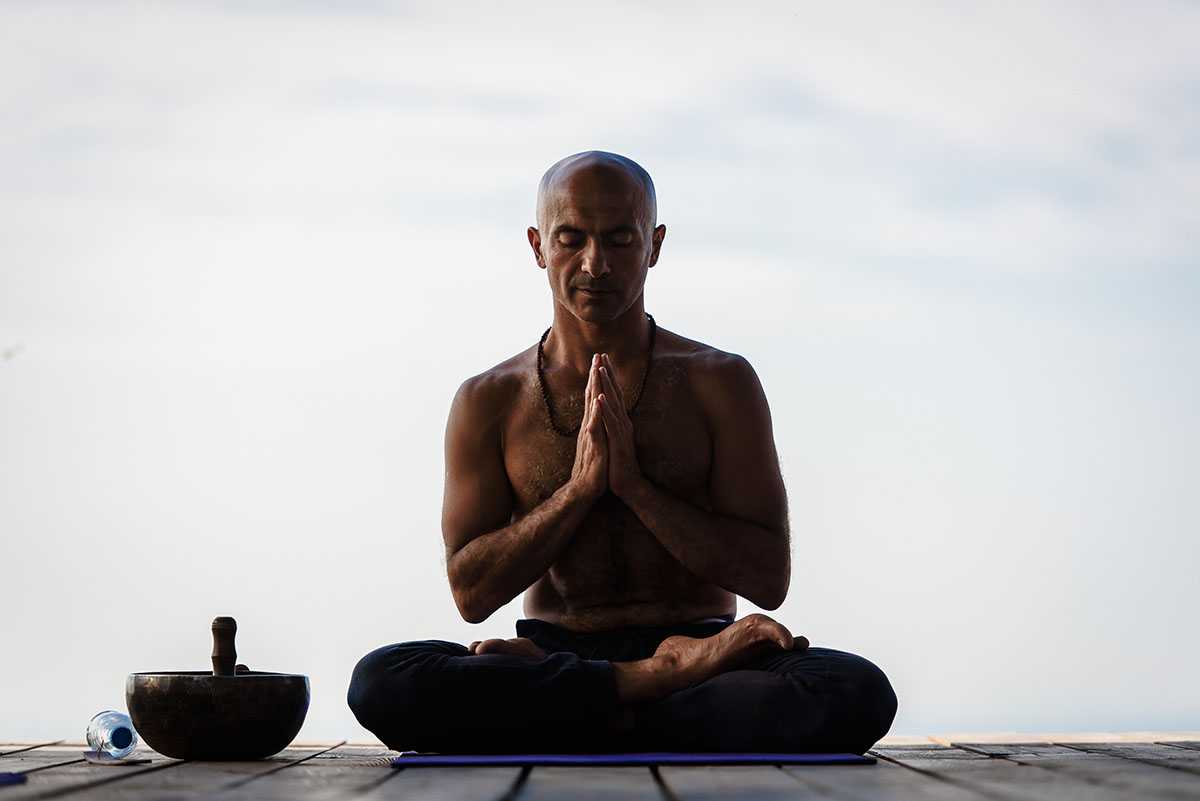 Ulcerative colitis is a chronic inflammatory disease of the colon mucosa. According to statistics, only in North America it affects about 780 thousand people, while the etiology and pathophysiology of ulcerative colitis remain unclear. It is known that the disease adversely affects many aspects of life, and even in the case of remission from 15.1-31.4 percent of patients continue to receive complaints about psychological discomfort (in particular, they have to follow a strict diet for a long time). Past work has shown that the risk of exacerbations can increase psychosocial stress, so in recent years, as a means of preventing colitis, sedatives and relaxing practices are often considered.

One of the practices successfully integrated with modern medicine is yoga. According to recent studies, yoga can be the preferred alternative to walking and reducing stress. Nevertheless, until now the influence of yoga on the status of patients with ulcerative colitis has not been studied. To fill the gap, specialists from the University of Duisburg-Essen conducted a one-sided, blind, randomized controlled trial, in which 77 people took part (of which 22 patients). Within 12 weeks, the experimental group participated weekly in a 90-minute session of hatha yoga. The lesson included exercises for warming up the main body parts, asanas and meditation with an emphasis on the abdomen and intestines. 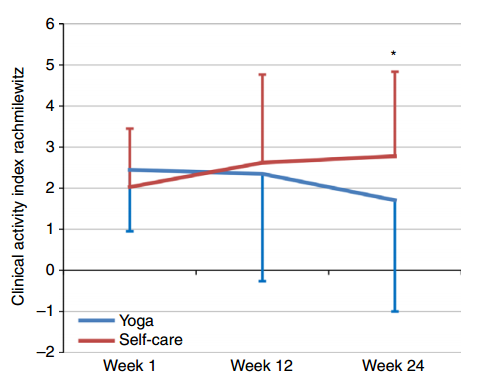 Dynamics of Rahmilevich’s endoscopic index in the experimental (blue color) and control (red color) groups. Clinical manifestations were evaluated according to the vascular pattern, bleeding of the mucous membrane, its damage and light scattering granulations on the surface / © H. Cramer et al., Alimentary Pharmacology & Therapeutics, 2017

The control group received brochures with information on the pathophysiology of colitis and recommendations for correcting a lifestyle taking into account the disease. At the 24th week of the experiment, they also proposed the practice of hatha yoga. The authors assessed the dynamics of the subjects’ condition at the 12th and 24th week using a questionnaire and clinical tests. The results showed that by the 12th week the subjective quality of life assessment in the experimental group increased from 143.5 ± 22.3 to 159.9 ± 32.2 points, in the control group it increased from 146.3 ± 24.6 to 147.1 ± 36 points. By the time the work was completed, the indicator had increased to 167.8 ± 29.2 and to 153.1 ± 35.9 points, respectively. At the same time, the index of clinical activity of the disease in the group of practitioners decreased, while after reading the brochures it grew.

Remission after yoga was observed in 32 patients at the 12th week and in 37 patients in the 24th. In the control group, remission was detected in 33 patients, and with time, exacerbations in such patients were more common. The scientists did not reveal significant side effects from the practices following the results of the experiment. In their opinion, the findings suggest that yoga can significantly improve the quality of life of patients with ulcerative colitis and reduce the risk of relapse in the long term. This may indicate the anti-inflammatory effect of certain breathing practices, exercise and meditation: previously the ability of yoga to reduce inflammation was shown, for example, in patients with breast cancer.