Young Earth was nearly left without air because of bacteria 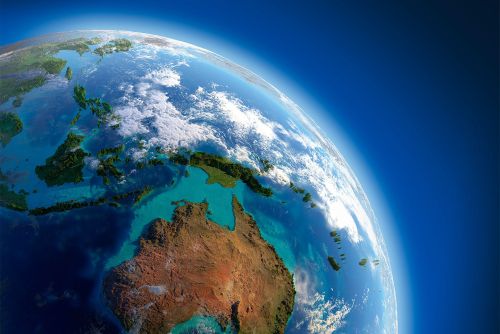 If 2,5 billion years ago in the biosphere the bacteria producing oxygen wouldn’t begin to dominate, the atmosphere of the planet could become thinner dangerously, threatening Earth of a freezing.

Researchers from Great Britain, Canada and the USA carried out modeling of development of the atmosphere of Earth for the last 3,5 billion years and came to a conclusion that dokislorodny mortal life extremely actively connected atmospheric nitrogen. If not transition to domination of oxygen life forms, nitrogen in air in general would almost not remain. Calculations of authors show that the amount of nitrogen in a gas cover can be used for search of life on other planets. The relevant article is published in Astrobiology.

As Layf already reported, in 2016 it was established that 2,7 billion years ago density of terrestrial air for some reason was no more than 0,46 from present. Before was considered that the atmosphere during that time on the contrary shall be more dense modern as differently it is unclear why the planet didn’t freeze in the conditions of the young Sun, for 20 percent of more dim, than present. In addition till 2016 it was supposed that atmosphere density shall fall over time (loss of gases in space). However mechanisms at the expense of which it could grow significantly over time weren’t clear. New opening caused the most serious reorganization of scientific ideas of the past of the planet in general.

To understand where terrestrial nitrogen in the past got to, scientists carried out modeling of processes of its consumption by the biosphere. It turned out that during an era of domination anaerobic (not requiring oxygen) lives nitrogen could communicate quickly enough microorganisms in the form of strong landing breeds. However that this binding was rather bystry, big emissions of carbon dioxide are necessary (significantly more than modern), otherwise microorganisms will appear in a situation of its deficit.

By calculations of researchers, all for couple of billions years active anaerobic life shall connect the most part of nitrogen and sharply reduce atmosphere density (at least twice). Such low pressure corresponds to mountain air higher than five kilometers. On reaching such indicators cumulative greenhouse effect in the atmosphere shall decrease significantly. Proceed this process further, by our time bacteria could bring concentration of nitrogen to almost zero level that would threaten the planet of a freezing.

However, as we know, 2,4 billion years ago the vector of development of the biosphere sharply changed. In it aerobic photosynthesizing microorganisms which managed to oxygenate air began to dominate. By calculations of authors of work, oxygen shall destroy the nitrogen-containing connections which are saved up for the surfaces of the planet as a result of activities of anaerobic bacteria of the past. For this reason atmospheric pressure for several hundreds of millions of years returned to normal values.

Researchers note that on the basis of their modeling it becomes clear — the content of nitrogen in gas covers of exoplanets can be used as the indicator for search of extraterrestrial life. If the planet existing billions of years shows few traces of nitrogen and at the same time deficiency of oxygen — means there the bacterial primitive life which isn’t needing oxygen from air can dominate. If there opposite a lot of nitrogen is also oxygen, that is probability of existence of the life needing the last (today’s terrestrial biota). In case of high concentration of nitrogen and lack of oxygen the planet can be deprived of both anaerobic, and aerobic live organisms.