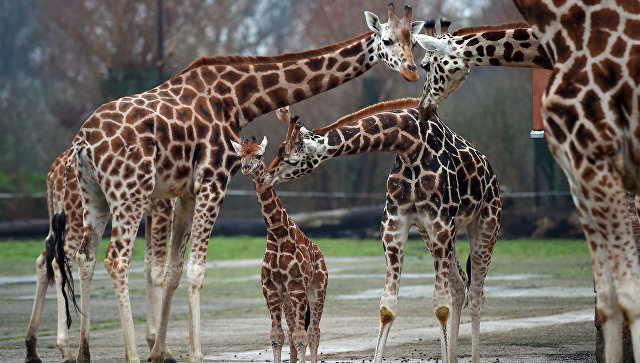 Zoologists have discovered another unusual feature of giraffes – it turned out that they inherit the pattern of spots only from the mother, and the color of their skins directly affects their survival in the first months of life. Their findings were presented in an article in PeerJ magazine.

“Anna Dugg, one of the first pioneers in the study of giraffes, noticed back in 1968 that giraffe cubs can inherit spots from their parents. Her findings were based on a small population of animals living in the zoo. We checked whether this is in fact” – says Monica Bond (Monica Bond) from the University of Zurich (Switzerland).

Giraffes have long been considered one of the most unusual animals on Earth, both because of their appearance, and the origin and structure of the body. Scientists have long wondered how they acquired such a long neck, without changing the number of vertebrae, and how they manage to pump blood to such a great height and not die from overload in extreme situations.

Only recently have biologists been able to find answers to some of these questions when they were able to decipher the giraffe’s genome and compare it with how the DNA of their closest relatives, Okapi, and also some other animals, are arranged.

As Bond notes, the pattern of spots covering the skin of giraffes was another interesting puzzle for scientists. Zoologists have long suspected that the size of the spots, their coloring and shape are far from random, but how they arose and what they affect, they did not know until now.

Bond and her colleagues found the answer to all these questions by observing the lives of giraffes living in the Tarangire National Park in Tanzania for about four years. During these observations, biologists took photographs of adult animals and their young, carried out genetic tests and tracked how their appearance changed as they grew up and how the coloring of their skins affected the survival of young giraffes. 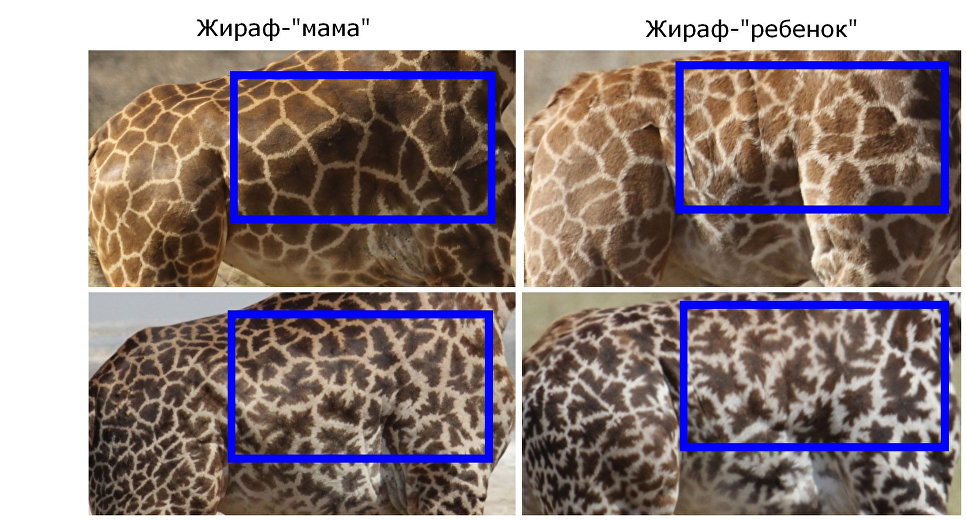 These observations simultaneously confirmed the Dugg theories, and somewhat modified and expanded them. For example, it turned out that foals inherit stains not just from their parents, but only from their mothers – the coloring of the father had no effect on their appearance.

Secondly, scientists found that the size of the spots and their pattern directly influenced the probability of survival of the young, which was particularly pronounced in the first months of their life. As a rule, foals with large irregular-shaped spots died about 10-12% less frequently than their relatives with round spots of medium size.

As scientists assume, the increased likelihood of their survival was associated not only with protection from predators, but also with the fact that such a pattern of spots can better protect them from overheating or overcooling. Further observations of giraffes in Tarangire and elsewhere in Africa, according to Bond and her colleagues, will help test this idea and find out if there are differences in the patterns of giraffes from different populations.