Your brain does you to those who you are is 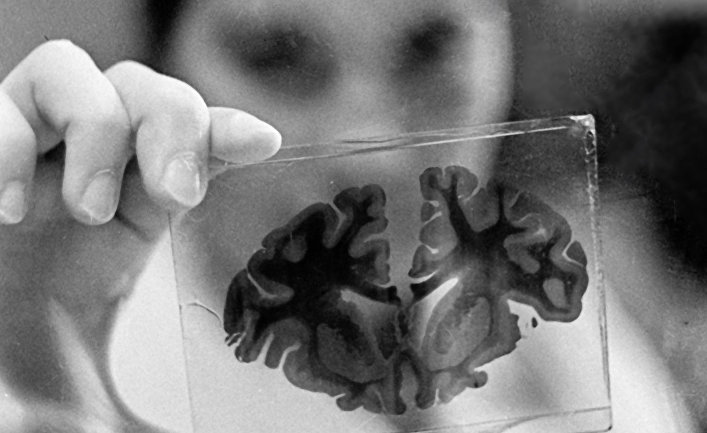 Would you like to do serious work better or to make the best decision? Then you need to train a brain.

When ancient Egyptians embalmed the died governors to train them for the following life, they carefully processed heart and put it back in a body while the brain was thrown out. The stick was inserted into a nose, the brain was mixed to a kasheobrazny condition then to pull out it from the head. The brain was considered as useless.

Now, later thousands of years after Egyptians turned Pharaohs into the zombie, we know that we wouldn’t be oneself without the brain.

There are several bodies without which we can live, we can replace heart or a kidney and to continue to live with new bodies.

And here change of a brain can’t be performed even if for this purpose technical means will appear over time. If to replace your brain in other body, then it will be followed by all your personality.

To be angry or count to ten

400 years ago Descartes wrote well-known “I think, so I exist”. Cartesian connection of a brain and soul was later is supported with researches of a brain and is reflected in our laws: if your brain is dead, so you are dead.

Nevertheless, this statement is still perceived by many as strange as though thoughts, feelings and the personality are something abstract and mystical, something that doesn’t belong to a body.

Without pressing in determination of “soul”, we, nevertheless, know that the personality, feelings and other properties which are traditionally considered as “my essence” are result of how our brain is arranged.

You have an explosive nature or you control yourself?

In a temporal share of our brain there is a center of anger and fear which can force us to pour curses in the presence of children. But at us is as well the frontal lobe capable to stop us and to force to count to ten.

If you are able to train so that to direct passion on a way round of a cerebral cortex, then will be able to be focused on consoling the sick child, but not to shout because leather seats in the machine were soiled by saliva.

If the brain is injured

The personality will change if the brain is injured. If the cerebellum ceases to function, we lose control over all impulses and we will uncontrolledly pass from tears to laughter. If the parietal share ceases to work, we will forget how our names are, and our body will become for us the stranger.

Your personality is imprisoned in your brain

We, researchers of a brain, entered today the area in which earlier philosophers completely dominated, we became participants of a discussion that it “I” and that means to be oneself.

And meanwhile not only philosophers, but also many others shall open eyes on what we can see, studying a brain. All of us shall be engaged in it. How we will be able to understand ourselves if we aren’t able to understand own brain? Our brain is we, our essence, I.

Your person is a combination of unique heriditary substance and the unique experiences which led to unique bonds of nervous cells in a brain. The illnesses influencing our feelings or characteristic features of the person, as a rule, are called mental diseases. Thus. the sharp side between physical and mental is supported.

Definition, for example, of a depression as a mental disease is outdated and wrong.

When the mood changes, changes as well brain chemistry. Change of mood means change of that part of a brain which is active, communications of the used nervous cells and the alarm substance which is released between nervous cells. All this is physical changes.

The comprehension of it is the main thing to establish how in the best way to treat depressions. The fact that the depression is the physical changes happening in a brain doesn’t mean at all that you can’t get rid of it. Colloquial therapy and the developed strategy for fight against difficult thoughts in addition to drugs will force a brain to behave differently.

Train a brain every day

Thus, knowledge of a brain will help you to see the scheme of how to influence it at illnesses like depression and in absolutely usual everyday situations. For example, can be useful to learn that the brain tends to prefer short-term benefit instead of long-term.

If you want that work was performed, then it is very good to promise a brain remuneration from time to time

You on weekdays lack time to read the good book careful? But you know that you have to begin a training?

Then load this book into the electron sound book and listen to it during training jog, so you will at once earn “reward”. It means that at the same moment you download in a brain Dopaminum, remuneration substance.

You often are mistaken, always choose the wrong way and more than someone want to have in you the operating GPS system?

This GPS system already is in your brain, ability of orientation it is possible to train.

If you use it slightly more, and the system installed in your mobile phone — it is slightly less, then gradually you will become that who unites parts of the world and indicative points on the area in one system and at once finds the road. It, besides, will lead to augmentation of a part of a brain.

Drivers have a taxi of London which have to learn to go without GPS, body height of “the field of orientation” was registered in a brain.

Drivers have a taxi of London which have to learn to go without GPS, growth of “the field of orientation” has been registered in a brain.

What think of the personality and other features are in a brain, doesn’t mean that we can’t improve or change ourselves. Never earlier we knew very much about a brain as now. And the more we know, the more we can influence him.