Zealand: the hidden continent of the Earth 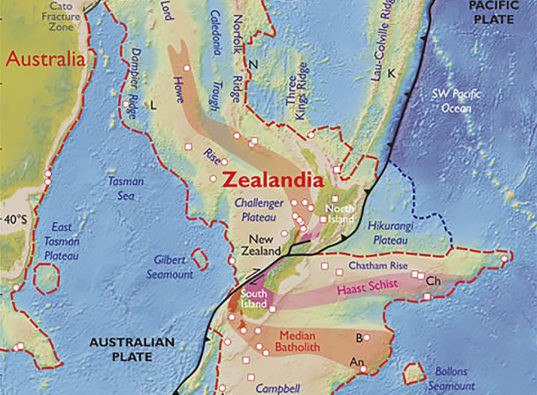 Scientists have found a new continent – Zealand. The world’s oceans hide many mysteries. And recently may have solved one big. In the journal “Geographical society of America” has published an article about a continent about the size of two-thirds of Australia. It is located under water in the South-West Pacific ocean. Land mass area of 4.5 million square kilometers 94% submerged in water. And only the high region, New Zealand and New Caledonia, looking out from under the water.

[Rupert Sutherland, Professor of geography]:
“He was here hundreds of millions of years. But a discovery made only now because it is under the ocean, and he hid.”

[Nick Mortimer, geologist]:
“If you were to dive to the bottom of the ocean, then it would have become clear that there are ridges of mountains, and that there is a large continent.”

The article is called “Zealand: the hidden continent of the Earth.” It argues that recent discoveries have confirmed what has long been assumed.

The lead author was Nick Mortimer, fellow of the Royal new Zealand research Institute. He says that in the last century, scientists have found granite on the subantarctic Islands near New Zealand and metamorphic rocks in New Caledonia. All this is evidence of continental Geology.

In 1995, geophysicist Bruce Leyendas first used the term “Zealand”. They called the mass of the earth, which, as expected, carried the characteristics of the continent.

If the discovery will be the recognition in the scientific community in future maps and atlases will add a new continent.

[Nick Mortimer, geologist]:
“We hope that on world maps and school atlases will appear Zealand. I think the discovery of the new continent is very exciting. The continents are the large solid objects on the ground. And now there’s another one.”

As expected, Zealand broke away from Australia and almost completely sank at about 80 million years ago. They were part of one supercontinent called Gondwana.