Zika virus can provoke disorders of the nervous system in adults 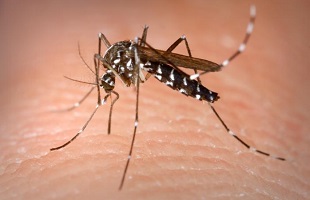 Zika fever virus can negatively affect adult brain tissue. Such conclusions were reached by researchers at the Brazilian Federal University of Rio de Janeiro (UFRJ), the results of which were published on Wednesday by the scientific journal Nature Communication.

Previously, it was assumed that the virus is dangerous only for unformed neural tissues of the fetus during pregnancy, which was manifested in the appearance in mothers who had the disease during this period of children with microencephaly (a birth defect, which consists in a significant reduction in the size of the skull and is accompanied by mental retardation, neurotic deviations, hearing and visual impairment – approx. TASS). According to the coordinator of the scientific group, a teacher at the UFRJ Institute of Biophysics, Carlos Chagos Filho, the virus “does not lead to improper formation of brain tissue in adults or degenerative consequences for them.”

“However, we saw that it attacks neurons, which could lead to loss of control over their functioning and memory impairment,” he explains.

So, during the observation of patients during the outbreak of Zika fever in Brazil in 2015, doctors noted individual cases of mental and motor impairment. At the same time, neurological symptoms persisted in the future.

“Complications were manifested not only in the acute phase of the disease. They persisted even after 30 days, when the virus itself was no longer in the brain tissue,” the TV channel quoted another researcher, Claudia Pinto Figueiredo, as saying.

For the first time, Zika fever, transmitted by the mosquito Aedes aegypti, was discovered in 1947 in Uganda. Outbreaks have been reported in Asia, Africa, South and North America, and the Pacific. Sexually transmitted infections have been reported. Clinical signs of fever caused by this virus include fever, chills, headaches, muscle and joint pain.