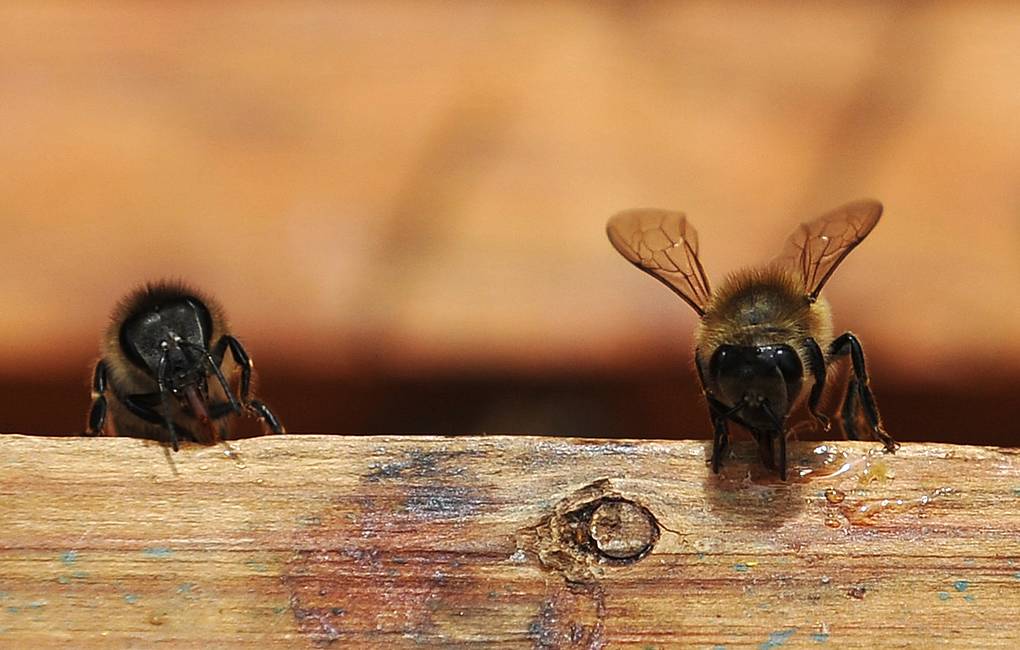 American biologists have found that the Israeli acute paralysis virus (IAPV), which infects bees, can change their behavior so that workers start to fly out of their hives and try to secretly get into neighboring colonies. The article with the results of the study was published by the scientific journal Proceedings of the National Academy of Sciences.

“The most interesting result of our observations is that infection with the IAPV virus increases the likelihood that the individuals carrying it will be taken to foreign colonies of bees. Somehow they bypass the attention of the beehive guards, which usually does not happen among bees,” commented one of the authors of the study, Adam Dolezal, professor at the University of Illinois at Urbana-Champaign.

Over the past 20 years, biologists have discovered many examples of how parasites learned to manipulate the behavior of their hosts and even directly control their actions. The most interesting and advanced example of such “puppeteers” are considered to be fungi from the genus Ophiocordyceps, which turn tropical ants into “zombies.”

This parasite completely takes control of the nervous system of insects, forcing them to attach to the branches and leaves of trees that are located directly above the anthills. Further observations showed that Ophiocordyceps has different programs of action, which are included after infection of different species of ants and checking their brain for compatibility before “zombification”.

Professor Dolezal and his colleagues found that an equally advanced arsenal of means, thanks to which bees could be very flexibly and widely manipulated, was found to be characteristic of the widespread hymenoptera pathogen, the IAPV virus. Infection with this virus leads to the fact that the bees quickly lose their mobility and die, because of which the entire hive can die.

The invisible puppeteer
Beekeepers and biologists have long noticed that insects infected with IAPV often behave in a very strange way in the early stages of a disease. They forget the way home after collecting nectar and fly not to their hive, but to neighboring colonies of bees. In the case of apiaries, this often leads to the rapid spread of the virus throughout their territory.

American biologists tried to understand what is the reason for such “forgetfulness” of bees by attaching special beacons to the abdomen of several hundred insects. With their help, scientists monitored the movements and social interactions of working individuals.

These observations showed an even more bizarre shift in the behavior of infected insects. On the one hand, if they were inside their hive, then they interacted relatively rarely with other individuals, which is quite normal for sick bees. On the other hand, if they were approaching the entrance to a foreign colony, their behavior changed dramatically.

In this case, as scientists discovered, sick insects tried to actively contact the working individuals who guarded the approaches to the hive, feeding them and interacting with them in other ways. All this paradoxically led to the fact that the “guards” very often let infected bees into their hive, allowing the virus to spread in a new habitat.

Scientists still cannot tell exactly how this process is proceeding, but they suspect that the unexpected compliance of the colony guards is related to the fact that the virus in a special way changes the set of pheromones produced by working bees. This is supported by the fact that individuals in which scientists imitated the development of infection by stimulating the activity of their immunity did not cause special sympathies in the “protection” of the hive, in contrast to real IAPV carriers.

Further study of this virus, scientists hope, will help them to reveal all the changes in the program of behavior of bees that it produces. Their analysis, in turn, will help to understand how to protect apiaries from IAPV and other viruses similar to it, which often cause mass death of bees and force workers to leave the colony en masse and leave the queen.