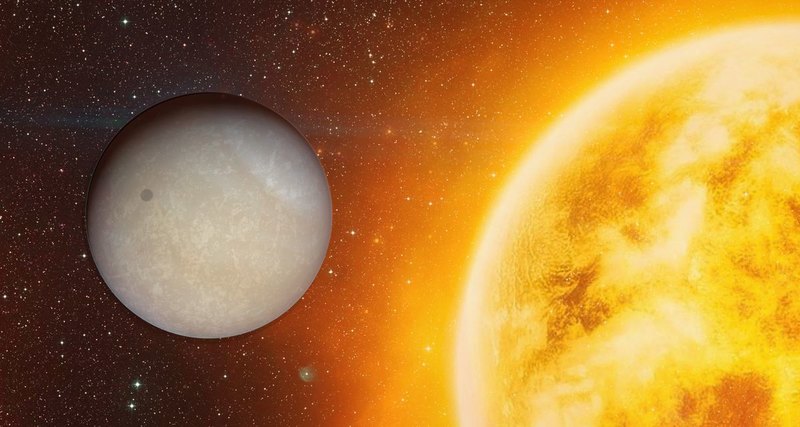 Only a quarter of a century ago, the planets known to humanity were 10. Pluto was still considered a full-fledged planet, and there were no reliably known planets outside the solar system. Then the sensitivity of the devices grew and exoplanets fell out of the bag.

An international group of astronomers using a combination of ground-based and space telescopes reported the discovery of more than 100 previously unknown exoplanets in just three months. “New items” are very diverse and are expected to be of great importance for further research and understanding of the processes of development of planetary systems.

The predominant method of searching for exoplanets is currently transit. If the planet revolves around its star in the same plane as the Earth – around the Sun, then from time to time it closes part of the disk of its star from us. This change in brightness is small, but it can be noticed, and if it periodically repeats itself – we have a candidate for exoplanets.

The most famous device using this principle is the Kepler space telescope, which worked in space from 2009 to 2013. Despite the end of his mission, work on finding new exoplanets continues.


The distribution of the basic properties of open planets. The color shows the temperature, the diameter of the circle – the size of the planet.

The international research team, which included researchers from the University of Tokyo and the Center for Astrobiology of the National Institute of Natural Sciences, investigated 227 exoplanet candidates using space telescopes and ground-based telescopes. They confirmed that 104 of them are really exoplanets. Seven confirmed exoplanets have ultrashort orbital periods of less than 24 hours. The process of the formation of exoplanets with such short orbital periods is still unclear.

The existence of eighteen small exoplanets of the terrestrial type with masses less than twice the mass of the Earth has also been confirmed.

One hundred planets in three months is at least not bad. Read the details in the press release of the Japanese National Institutes of Natural Sciences.